On behalf of outraged parents throughout the country, including in the Commonwealth of Virginia, MassResistance Organization Director Arthur Schaper issued the following statement in defense of French teacher Peter Vlaming and against the West Point, VA School Board for his unjust termination: 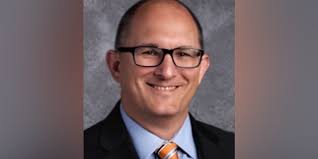 "The transgender movement imposing its destructive ideology onto teachers and students and in public schools must be confronted," Schaper stated. "For a teacher to be terminated simply because he supposedly "misgendered" a student is as reprehensible as it gets.

"Every person is born either male or female, and no amount of reconstructive surgery or hormone replacements can alter that fact. To force working professionals such as teachers to accommodate this lie is nothing short of child abuse. Mr. Vlaming should not have faced termination simply for stating the truth about students and referring to individual students according to their biological sex.

Schaper continued: "For 25 years, MassResistance has warned the public about the LGBT Agenda, that it would not only seek to indoctrinate young children into it's immoral, anti-biological insanity, but threaten the lives and very livelihood of anyone who stood in its way. We demand that the West Point, VA School Board reinstate Mr. Vlaming immediately, and we urge all parents in the community to urge the school district and its staff from imposing this perverse transgender ideology."

MassResistance is the international pro-family group that makes a difference. Founded in 1993 by President Brian Camenker as the Parents Rights Coalition, MassResistance has taken a clear-cut stance against the LGBT Agenda, highlighting its aggressive, tyrannical push into every aspect of public life--and all at the expense of faith, family, and freedom.

Mr. Vlaming is fighting this dismissal: