I enjoyed meeting with like-minded patriots who love Trump and care about this country. They are all alive and well fighting to ensure that we make America Great Again. 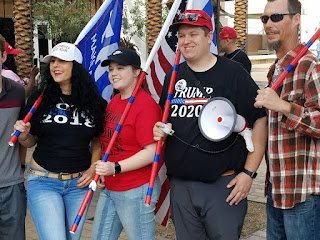 We also want to keep Arizona red and Make Phoenix Great Again, too.

After the frustrating yet very lively protest at the Orpheum Theater against Weekend at Bernie Sanders and his two socialist puppets Ruben Gallego and Raul Grijalva, we went to Arizona State University to post flyers commemorating Americans killed by illegal aliens. 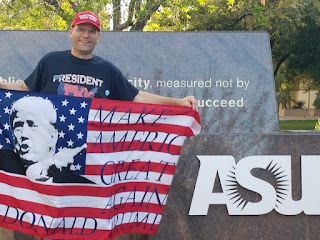 Our Arizona for Trump team came onto campus, a public location since it's financed by taxpayer dollars. We had our bullhorns blaring.


One woman on the campus called the police, claiming that we needed a permit in order to use our bullhorns and shout support for President Trump.

Most of the students looked at us kind of funny. Some students showed their support for us. We have one of the College Republicans United join us and walk around with us.

We met a number of students who support President Trump and who want an end to illegal immigration, too. 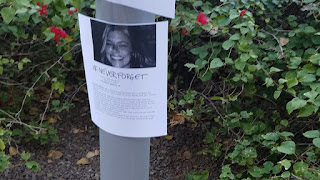 When we set up the posters on the public posting areas, we noticed at one point that Antifa showed up.

A group of six miscreants arrived to pull down the posters. They were looking for trouble. 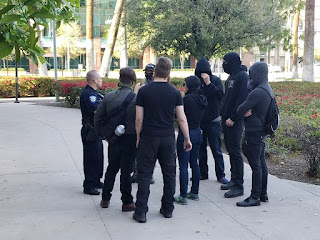 Our team stood our ground to protect the posters and to prevent them from vandalizing the posters.

They then started pushing members of our team around, specifically Ben Bergquam and William Johnson. 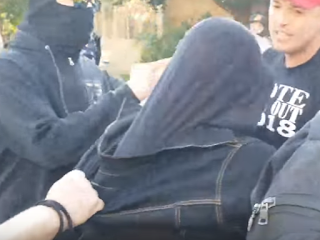 Johnson had to pull one of them away so that he would stop assaulting and battering us. One of the ladies in the group told us that we were racists, and that our posts were nothing but "f---king BS". Why is it racist for us to recognize lives murdered by illegal aliens?

Within seconds, Arizona State University PD rode up and detained the Antifa thugs. 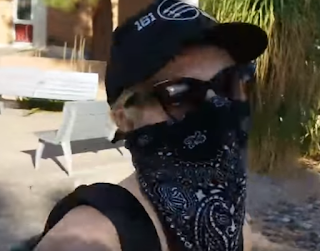 The large one, whom I called "Tubby" throughout the exchange, tried to escape with blonde Antifa, but we trained our cameras on them and made sure to signal to everyone that they could not get away with anything. 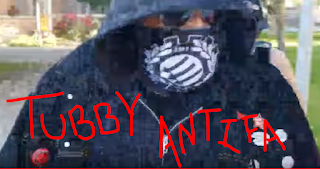 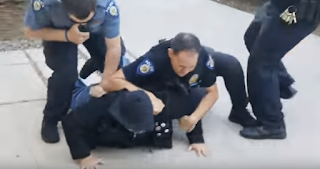 But it was also pretty scary. One of the creepy Antifa girls attacked me and tried to grab my camera. Police pulled her away to keep me safe.

Here's all the information on this case: 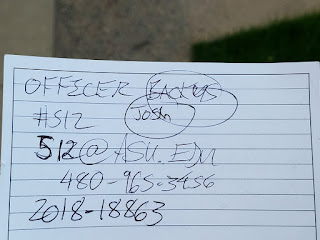 I contacted the ASU Police twice, and I have today filed a police report public records request.

More information will be coming in soon.


For now, I want everyone to know that Arizona for Trump really rocked it.

We met with lots of willing, interested students. Other members of our team talked to students who were willing to listen, even if they didn't agree with us on anything. 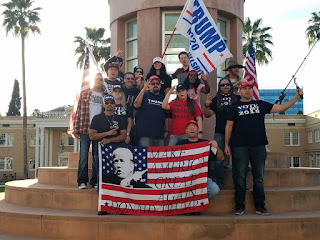 After the ASU Antifa group dispersed, they came back later that night to take down all the Kate Steinle and Brandon Mendoza flyers.

Guess what? College Republicans United took the lead early the next morning and replaced all the flyers. That was a huge victory for Arizona for Trump!

Here are two of the leaders from ASU College Republicans United: 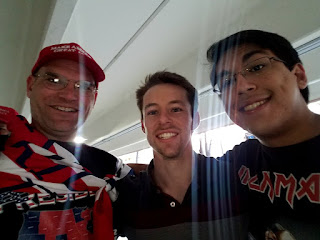 More information will follow once I have obtained the arrest and police report records on Tubby Antifa and company.