The media industry is in growing freefall. Not sure what to think of this, for better or for worse. Will there ever be a proper funding stream for reporting the news ever again?

I-Heart radio has a pretty strong following in California. Carl DeMaio has a radio program through this larger conglomerate, for example.

Is there any hope for radio going into the future?

How do these companies take on so much debt? It's incredible!

IHeartMedia, which has struggled with $20 billion of debt and falling revenue at its 858 radio stations, said cash on hand and cash generated from ongoing operations will be sufficient to fund the business during the bankruptcy process.

With 858 radio stations, one would think that this industry leader would have generated enough capital to remain competitive. This turn of events shows how devastation the upheaval has become for mainstream radio and news media.

"The agreement ... is a significant accomplishment, as it allows us to definitively address the more than $20 billion in debt that has burdened our capital structure," Chief Executive Bob Pittman said.

$20 billion in debt. That's a massive number I can barely wrap my head around. Then we need to talk about the massive debt above and beyond that number eating up our national coffers. $21 trillion, people. It's not good.

I can't wait for our political class to take the national debt seriously, too, in similar fashion. This is getting beyond ridiculous. President Trump, build that wall along our Southern Border, then tear down the wall of debt surrounding our nation's finances.

The filing comes after John Malone's Liberty Media proposed on Feb. 26 a deal to buy a 40 percent stake in a restructured iHeartMedia for $1.16 billion, uniting the company with Liberty's Sirius XM Holdings satellite radio service.

Will the satellite radio service better compete? Perhaps, since subscribers have to purchase the service at the outset. Broadcast radio, press, and television will struggle to bring in revenue, since people can listen and read the content without paying for it.

Clear Channel Outdoor, a subsidiary of iHeartMedia and one of the world's largest billboard companies, and its units did not commence Chapter 11 proceedings.

This part just popped out at me. Now billboards are struggling to compete and make ends meet? Wow! 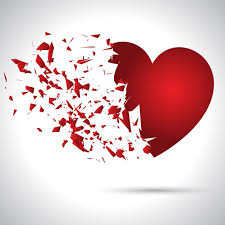 IHeartMedia skipped a $106 million interest payment on Feb. 1, triggering a 30-day grace period during which the company has tried to hammer out a deal with it bondholders.

The company disclosed on Monday it was still exchanging proposals with its creditors, but had yet to reach an agreement.

Its most recent proposal would have given holders of secured loans, who are owed nearly $13 billion, about $5.6 billion in new debt and 94 percent of the equity in a reorganized iHeartMedia. These creditors also would have received iHeartMedia's 89.5 percent stake in Clear Channel Outdoor Holdings.

Bain Capital and Thomas H. Lee Partners control 68 percent of the voting stock of iHeartMedia, according to the company's most recent annual report.

Bain Capital, Mitt Romney's operation, has jumped into this bankruptcy foray. How about that?! Granted, radio media tends to be conservative, so let me step into the general decline of the press from this point forward.

There is something vindicating about the decline of mainstream liberal media, to say the least. Who doesn't like seeing the left-wing propaganda machines getting dismantled piece by piece right before our very eyes? I may not like Romney, but I would celebrate with him as his company makes money off the misfortune of the corrupt press which maligned him and his family.

The private equity firms led a $17.9 billion leveraged buyout of what was then Clear Channel Communications Inc in 2008, just as the buyout boom was fading and as the signs of the financial crisis began to emerge.

Shares of iHeartMedia lost three-quarters of their value in the second half of 2015 and have never recovered since then. On Monday, the pink sheet stock closed at 48 cents.

IHeartMedia traces its roots to the 1972 purchase of KEEZ-FM in San Antonio, Texas, where it is currently headquartered. It also produces syndicated radio programs that feature "American Idol" host Ryan Seacrest and political personalities Rush Limbaugh and Sean Hannity.

Now we have a problem. Will the conservative radio hosts be able to stay in business, too? I believe that as long as influential radio hosts are willing to report the truth instead of left-wing spin, all will be well for the conservative movement and center-right reporting in general. The left-wing bias of the print media embraced a narrative of how the world should work, along with printing innuendo and editorialization rather than reporting what is going on and why.

That's a larger part of the reason why they are in freefall. It's too bad that this is happening to conservative radio at this time. Then again, such is creative destruction, isn't it?

The company had 14,300 employees at the end of 2016, according to its most recent annual report. 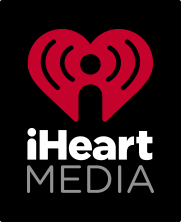 No matter how the election turns out this November, conservatives should feel a sense of hope and peace knowing that the corrupt liberal media is taking a dive like never before. Radio hosts will need to find another way to expand their brand and make a living. They may have to embrace a funding model like Netflix and Satellite radio, in which users pay a fee per month for certain channels, then pay a large free in order to get access to more broadcasting.

I will add that I-Heart radio hosted radio host greats like KFI and John and Ken. We don't want to lose strong and open voices in the media. New inventions and innovations are coming into play and will provide a better service soon enough.