He Broke Them! 2018 Grammy Awards Ratings Worst on Record

There is so much winning for Trump supporters in particular, for working, everyday Americans in general. 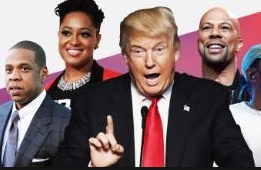 Somebody please inform Jay-Z that because of my policies, Black Unemployment has just been reported to be at the LOWEST RATE EVER RECORDED!
— Donald J. Trump (@realDonaldTrump) January 28, 2018


That simple tweet was a great takeover to distract and then take down the Grammy Awards.

Every time, they lose.

Look what happened to the Grammy Awards broadcast, for example:


Viewership of Sunday’s 60th annual Grammy Awards looks to be down significantly from the 2017 telecast, according to preliminary Nielsen numbers.

No one wants to watch that self-righteous tripe!

Despite the drop, the Grammy telecast that handed big wins to hitmaker Bruno Mars still gathered a big crowd that will rank among TV’s most-watched events of the year. CBS handily won Sunday night against mostly repeat competition on the Big Four networks.

Variety goes to any length to put lipstick on this pig. "Look at the big winners! Check out who was dressed, and how!"

Nobody cares anymore. Television is losing market share like crazy, and there's nothing that can be done about it. Men and women have too many choices when it comes to news, media, and informative content now that we have YoutTube and other social media outlets. 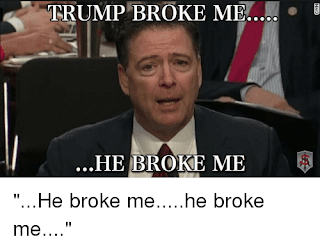 The elitist, arrogant, out-of-touch cultural anarchists of Silicon Valley and Hollywood are meeting their match. Donald Trump is hastening their demise like never before, and it is spectacular.