Black Republican and former professional football player Herschel Walker shared in his latest fundraising email that he was maligned with the N Word:
Arthur,Every morning I wake up, determined to get the most out of each day. I'm an optimist and firmly believe it takes more effort to have a bad day than a good one.But I've got to tell you, MSNBC and their cast of far-Left characters do their best to ruin my day as often as they can. You might recall that earlier this year one of their regular panelists began attacking our Senate campaign.In April, he called me an "ignorant neophyte," and said that my candidacy is "a white insult to Black people."Then he called Senator Tim Scott and me "tokens" who are "shucking and jiving for their white handlers."Now, he's back at it again, saying this about me on MSNBC earlier this week:I'll repeat what I said in April: this is racist, disgusting, and sad.What's also disturbing is that our opponent, who also happens to be Black, has never once condemned any of these blatantly racist remarks. Can you imagine if these comments were made by a conservative about a Black Democrat? The outrage would be instantaneous and overwhelming – and rightly so.Senator Warnock's silence is deafening and disappointing.The loudest and clearest way to push back against these kinds of disgusting attacks is to defeat them at the ballot box. Please help me stand up against MSNBC, reject racist commentators, and defeat silent Democrats by donating $10, $20, $50, or even $100 right now.Enough is enough. It's time to show them a groundswell of grassroots support from across Georgia and around the country. I hope we can count on your
support at this time.Thanks, 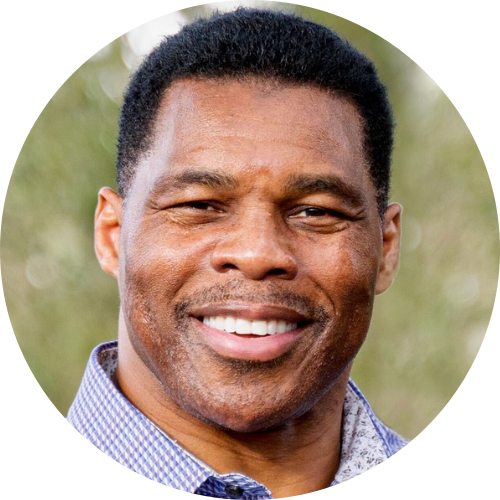 Herschel Walker
Why is this not surprising? The Democratic Party has been racist since its modern uprising in the last 1820s. They are the party of slavery, secession, segregation, and socialism, and once again we see them going back to their perverse roots.
This kind of hate has no place in our national politics, and we need to fight as hard as we can to get Herschel Walker into the US Senate this year!
Posted by Arthur Christopher Schaper at 2:58 PM