For the last week, I have been exposing karens, bigots, haters, and groomers among the Antifa set and the wannabe left-wing journalism hordes in Los Angeles. They have been getting pretty triggered pretty quickly.

Granny Groomer, aka Kelly Stuart of El Segundo, CA, has been stalking me and other common-sense citizens for the last two years, most likely because she is a desperate hater who has a very strange past as a teacher/professor in Iowa .... (more on that later).

She is a failed actress. Her IMDB page features a headshot from her long-gone bye-gone days.

This is what she wants people to think she is: 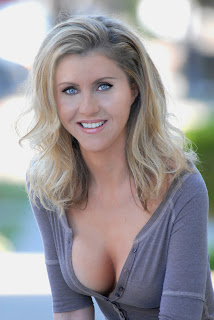 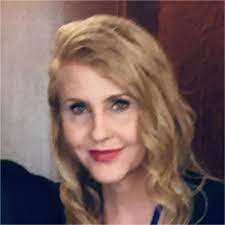 Hate has that effect on people. They get uglier by the minute.

Check out her latest video of me:

I didn't know I was such a celebrity. I guess I have more currency in the public eye than she does.
Then again, I kind of agree with David Chappelle regarding social media generally: "Twitter ain't the real world, so I don't give an F----."
But still, it's gratifying and disturbing all at once how obsessed TDB is with me.

With very special appearance from @chadloder who Arthur Schaper and company are entirely obsessed with. The PV school board eventually hosted their meeting on Zoom. https://t.co/YRcxi7GEZ1

With very special appearance from @chadloder who Arthur Schaper and company are entirely obsessed with. The PV school board eventually hosted their meeting on Zoom. https://t.co/YRcxi7GEZ1

Arthur Schaper brings up Alex Villanueva not enforcing the mandate as a reason pic.twitter.com/Ek8Z7OgJ8d

I also know that Tony "Roof Korean" Moon lives in her head rent free, too:

Of course, Chud Loser can't tell the truth even if his life depended on it. Like mentally ill Vishal Singh, he can't figure out which pronouns to use!
Truth be told, Tina Desiree, aka Trump Deranged Boomer Witch, bitch, snitch, blah, blah, blah is another vile propagandist disguised as a journalist, much like her mentally ill trans soyboy counterpart Vishal Singh.
She has a problem with people who don't look like her.
Like the rest of the Antifa-BLM-Marxist set in DTLA, she thinks that homeless miscreants are more important than parents and children.
She's a groomer, too, since she's A-OK with LGBT being shoved onto kids in the classroom and in the public square.
Who are these people? These are the biggest losers yet, but at least more patriots and outraged citizens are speaking up, fighting back, and exposing these haters.
Posted by Arthur Christopher Schaper at 5:06 PM