Red Heifer at the Bacigalupi Ranch

The Red Heifer is a significant creature in the Bible.

The imagery of the blood of the heifer without blemish being sacrificed and its blood cleansing from sin is a foreshadowing of the blood of Christ shed on the cross for believers’ sin. He was “without blemish” just as the red heifer was to be. As the heifer was sacrificed “outside the camp” (Numbers 19:3), in the same way Jesus was crucified outside of Jerusalem: “And so Jesus also suffered outside the city gate to make the people holy through his own blood” (Hebrews 13:11-12).

It was surprising to see a red cow (she was no longer a heifer, since she had a calf nearby).

Still, a red bovine in the midst of all black cattle was a striking feature of the Bacigalupi Ranch last night.

Just wanted to focus in on that picture for everyone to see: 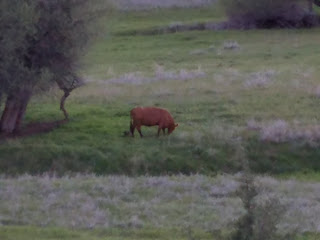 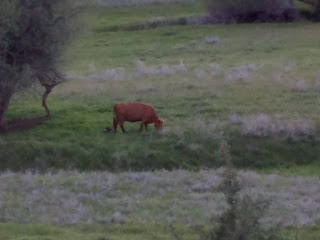 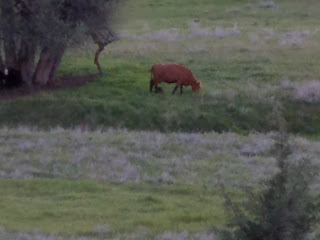