LA County for Trump and other patriots showed up to the Lawndale City Council meeting on Monday, May 21, 2018.

Councilman Dan Reid brought up the issue, and the audience spoke out in favor of it.

The LA County for Trump team was respectful and on point. Two people clearly indicated that they lived in the city and did not want protection for illegal aliens.

But two other people in the city played the race card and tried to shame and diminish the rest of us just for speaking the truth about SB 54.

Here are the photos.

Well, here's one photo I took at the Windsor Hills LA County library: 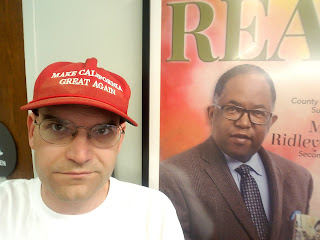 Here are the rest of the photos below: 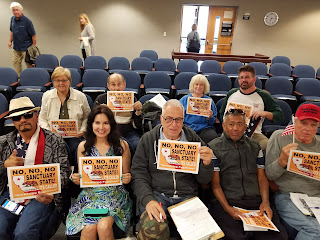 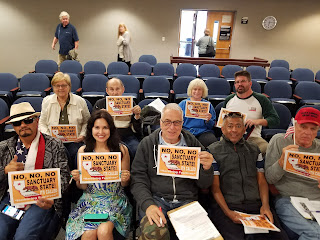 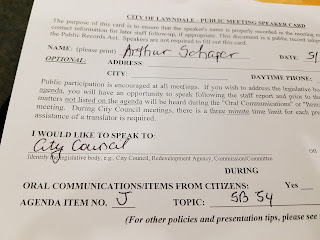 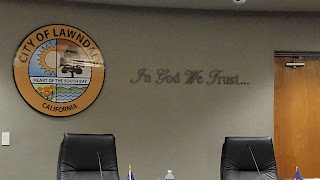 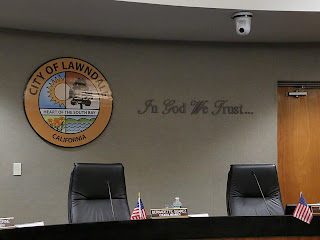 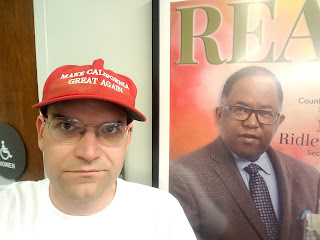 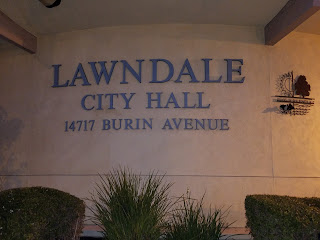 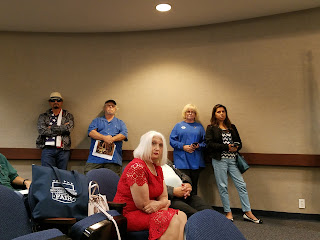 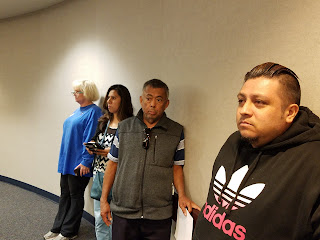 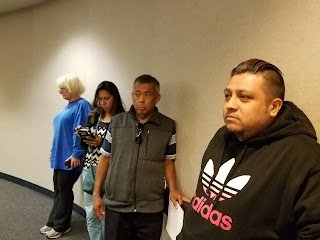 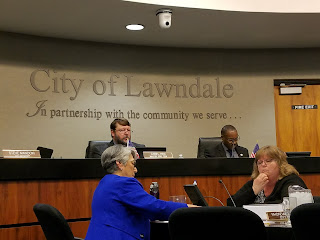 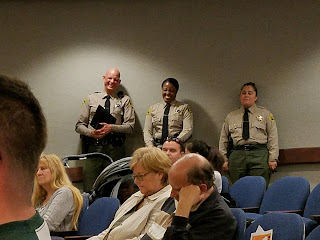 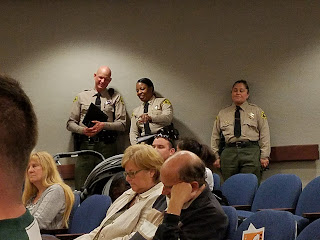 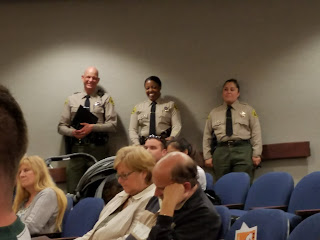 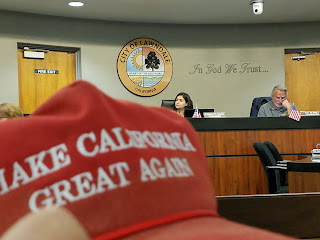 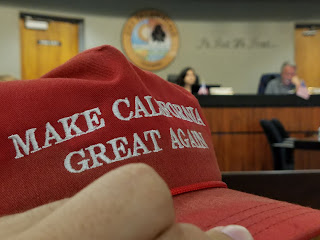 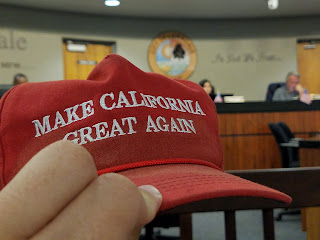 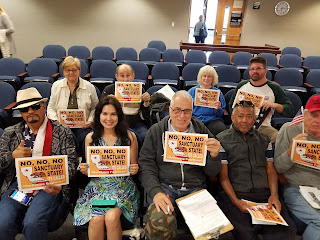 Even though the city council accepted discussion about this matter, the city made no motion to do anything else about it.

But for We the People, our presence there served as a great victory.

LA County for Trump is bringing the fight against Sanctuary State to every corner of California, including our own backyard right here in the South Bay of LA County. 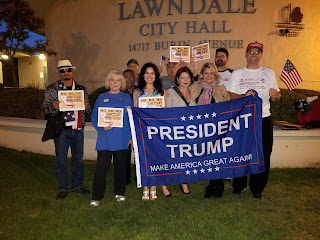 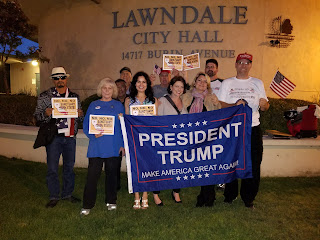 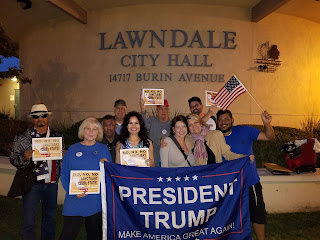 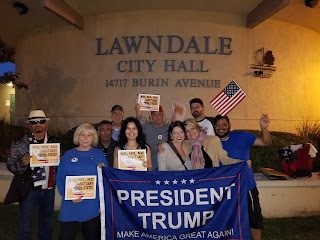