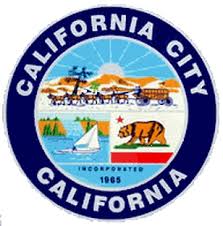 That's all we needed to know.

This report came out April 13. one month after Los Alamitos opted out of SB 54, and two months after Tehama and Siskiyou Counties rejected SB 54 and sided with federal law.

The Council wrestled with the issue though they appeared mostly decided in advance. The real issue in SB54 is whether or not state law enforcement should be “burdened with doing ICE’s work for them,” as so many repeat as mantra. Mayor Pro Tem Gomez and Councilman Stump both openly stated that they were not born in America and yet both went on to say that anyone who commits violent crimes should be deported for the sake of legal citizens and immigrants who had to struggle to gain citizenship over many years, and that law enforcement should be allowed to do their jobs.

That's good to hear. Immigrants should be the most vocal opponents of SB 54, since this legislation does not protect them, but illegal alien criminals. Those who entered this country legally should feel cheated and outraged that the state legislature puts law breakers ahead of law-abiding citizens. 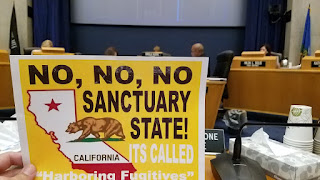 The very person who first brought up the issue to Council – Lou Peralta, president of the Cal City Economic Development Corporation – said his own family came to America as immigrants and like so many others dedicated themselves to learning English and American customs and ways to assimilate. Back then to be “different” could hinder one’s advancement, and it was custom in those days to assimilate as quickly as possible to not stand out.

The Council passed the resolution unanimously.

We need more people to hear about these successes, since aside from local reporters, the larger corporate media vehicles have no interest in spreading the world that California citizens are taking back their state.
Posted by Arthur Christopher Schaper at 5:20 PM