Job's Legacy Turns Into Something He Never Wanted

I wanted to follow up on this article in the legacy media, an opinion column which outlined that Steve Jobs' intentions with the I-phone has not panned out as he would have hoped.

I thought this second-thought article was worth looking over.


Steve Jobs Never Wanted Us to Use Our iPhones Like This

Smartphones are our constant companions. For many of us, their glowing screens are a ubiquitous presence, drawing us in with endless diversions, like the warm ping of social approval delivered in the forms of likes and retweets, and the algorithmically amplified outrage of the latest “breaking” news or controversy. They’re in our hands, as soon as we wake, and command our attention until the final moments before we fall asleep.

Steve Jobs would not approve.

Why do you say that?

In 2007, Mr. Jobs took the stage at the Moscone Convention Center in San Francisco and introduced the world to the iPhone. If you watch the full speech, you’ll be surprised by how he imagined our relationship with this iconic invention, because this vision is so different from the way most of us use these devices now.

Technological developments often surpass anything that the inventors had originally intended.

In the remarks, after discussing the phone’s interface and hardware, he spends an extended amount of time demonstrating how the device leverages the touch screen before detailing the many ways Apple engineers improved the age-old process of making phone calls. “It’s the best iPod we’ve ever made,” Mr. Jobs exclaims at one point. “The killer app is making calls,” he later adds. Both lines spark thunderous applause. He doesn’t dedicate any significant time to discussing the phone’s internet connectivity features until more than 30 minutes into the address. 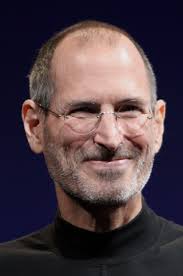 The presentation confirms that Mr. Jobs envisioned a simpler and more constrained iPhone experience than the one we actually have over a decade later. For example, he doesn’t focus much on apps. When the iPhone was first introduced there was no App Store, and this was by design. As Andy Grignon, an original member of the iPhone team, told me when I was researching this topic, Mr. Jobs didn’t trust third-party developers to offer the same level of aesthetically pleasing and stable experiences that Apple programmers could produce. He was convinced that the phone’s carefully designed native features were enough. It was “an iPod that made phone calls,” Mr. Grignon said to me.

So, Jobs saw his creation as helping people to make better phone calls, nothing more.

Perhaps this writer should consider that the ingenuity of inventors, no matter how great, how profound, will never forsee how individual users and future developers will build upon earlier successes to create something greater.

Mr. Jobs seemed to understand the iPhone as something that would help us with a small number of activities — listening to music, placing calls, generating directions. He didn’t seek to radically change the rhythm of users’ daily lives. He simply wanted to take experiences we already found important and make them better.

OK, so he didn't want people getting hooked on the smart phone. I guess I could consider myself one of the many people who has been "hooked" by this technology.

The innovations have helped so many people in so many ways though, even if he had not intended the smartphone to take on so many other capabilites.

The minimalist vision for the iPhone he offered in 2007 is unrecognizable today — and that’s a shame.

Under what I call the “constant companion model,” we now see our smartphones as always-on portals to information. Instead of improving activities that we found important before this technology existed, this model changes what we pay attention to in the first place — often in ways designed to benefit the stock price of attention-economy conglomerates, not our satisfaction and well-being.

We’ve become so used to the constant companion model over the past decade that it’s easy to forget its novelty. As a computer scientist who also writes about the impact of technology on culture, I think it’s important to highlight the magnitude of this shift, as it seems increasingly clear to me that Mr. Jobs probably got it right the first time: Many of us would be better off returning to his original minimalist vision for our phones.

Practically speaking, to be a minimalist smartphone user means that you deploy this device for a small number of features that do things you value (and that the phone does particularly well), and then outside of these activities, put it away. This approach dethrones this gadget from a position of constant companion down to a luxury object, like a fancy bike or a high-end blender, that gives you great pleasure when you use it but doesn’t dominate your entire day.

To succeed with this approach, a useful first step is to remove from your smartphone any apps that make money from your attention. This includes social media, addictive games and newsfeeds that clutter your screen with “breaking” notifications. Unless you’re a cable news producer, you don’t need minute-by-minute updates on world events, and your friendships are likely to survive even if you have to wait until you’re sitting at your home computer to log on to Facebook or Instagram. In addition, by eliminating your ability to publish carefully curated images to social media directly from your phone, you can simply be present in a nice moment, free from the obsessive urge to document it.

Turning our attention to professional activities, if your work doesn’t absolutely demand that you be accessible by email when away from your desk, delete the Gmail app or disconnect the built-in email client from your office servers. It’s occasionally convenient to check in when out and about, but this occasional convenience almost always comes at the cost of developing a compulsive urge to monitor your messages constantly. If you’re not sure whether your work requires phone-based email, don’t ask; just delete the apps and wait to see whether it causes a problem — many people unintentionally exaggerate their need to constantly be available.

Once you’ve stripped away the digital chatter clamoring for your attention, your smartphone will return to something closer to the role originally conceived by Mr. Jobs. It will become a well-designed object that comes out occasionally throughout your day to support — not subvert — your efforts to live well: It helps you find that perfect song to listen to while walking across town on a sunny fall afternoon; it loads up directions to the restaurant where you’re meeting a good friend; with just a few swipes, it allows you to place a call to your mom — and then it can go back into your pocket, or your bag, or the hall table by your front door, while you move on with the business of living your real-world life.

There's one major problem with much of this analysis. The problems with smart phones, I-phones, or whatever other gadgets people want to use is not in the devices. The problems come down to the individuals, to human nature itself.

The problem is not the technology. It's the individual lack of restraint which has become commonplace in this country because of the decline of faith in God's grace.

Early in his 2007 keynote, Mr. Jobs said, “Today, Apple is going to reinvent the phone.” What he didn’t add, however, was the follow-up promise that “tomorrow, we’re going to reinvent your life.” The iPhone is a fantastic phone, but it was never meant to be the foundation for a new form of existence in which the digital increasingly encroaches on the analog. If you return this innovation to its original limited role, you’ll get more out of both your phone and your life.

Too bad for the prognosticators of today.

The truth is that technology can develop and shape our lives in any way we choose to allow it to.

Inventors have no idea how wide-ranging the impact may be. It's time to stop taking in the small expectations of the inventors. It's time to recognize the truth that there can be great good or evil in the products brought to us from inventors.

Another element comes out in this discussion: Steve Jobs, for all his vision and creativity, still didn't have the furthest idea what impact his work would have on the country, on the world.

And even then, what a shame that such a young, brilliant mind was taken from us too soon. The legacy he would have enjoyed was taken from him. Death indeed comes for all of us.
Posted by Arthur Christopher Schaper at 10:49 AM