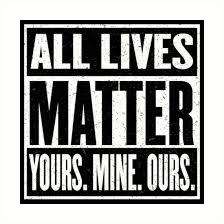 To the Torrance City Council:

On my shirt, I bear the image of DeAndre Mitchell. He was black male, 36 years old, homeless, with a baby daughter. In spite of these trials, he was not afraid to put his own life in danger to rescue four other people from an abandoned warehouse  which was set on fire by an illegal alien transient. Where was Black Lives Matter to recognize this man? DeAndre Mitchell – Say His Name!

Corey Daily was a black honor roll student in Harbor City. At 16 years old, he was gunned down by a gang-banger, who is still at large. I met his mother, who wept and confided to me the pain she suffered. She said “Black Lives Matter.” I did not disagree. He is buried in the Pacific Crest Cemetery in Redondo Beach. Where was Black Lives Matter when Corey was murdered? Corey Daily – Say His Name! 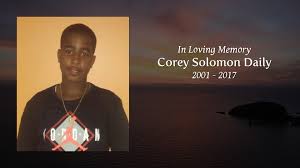 Jamiel Shaw Jr. was a black American All-Star in High School. His mother was on deployment serving our country. Months before his high school graduation, he was gunned down by an illegal alien gang-banger. At first, Mayor Villaraigosa reached out, but then backed away when they learned that it was an illegal alien who had murdered Jamiel Shaw.

I thought that black lives mattered, and yet Black Lives Matter never showed up to care, and elected officials from across the country never bothered to call or to care. For the record, only one man reached out to Jamiel Shaw Sr., and later lent him a national platform to share his pain and confront this great  evil: Donald J. Trump, and that was before he ever became President. Jamiel Shaw – Say His Name!

Dominic Durden, the son of an immigrant and a veteran, was killed in the line of duty as a Riverside County Sheriff’s Dispatcher, when an illegal alien made a wrong turn, knocked hi m off his motorcycle and he was killed on the scene. The killer got six months! When Dominic’s mother, Sabine, confronted Black Lives Matter about their stunning silence, they mocked her and said “Well Dominic was only half black” – just like Barack Obama right? I thought black lives matter! Dominic Durden – Say His Name!

Gilbert Collar was 18 years old, and yet he was unfairly gunned down in the line of duty by a police officer in Alabama. Black Lives Matter claims to oppose police brutality, but they didn’t care when Gilbert was murdered. Why? Gilbert was  a white teenager gunned down by a black police officer. Where was Black Lives Matter to speak out against Police Brutality then? Gilbert Dollar – Say His Name!

The Black Lives Matter group in these chambers does not care about black lives. They care about making noise and making a name for themselves., nothing more. I think it is disgusting that they exploit another grieving mother’s sorry just to push an agenda, and in the process attempt to shut down other people who disagree with them.

I do not think Christopher DeAndre Mitchell deserves to remembered in such a disgraceful fashion. It’s time for the city council here in the city of Torrance to stop allowing them to make a mockery of these proceedings. The District Attorney is reviewing the case, and when the investigation is done, we will see the recording. Christopher DeAndre Mitchell – Say His Name! 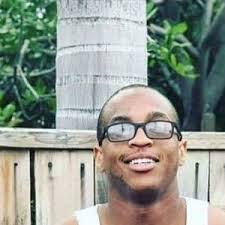 Posted by Arthur Christopher Schaper at 10:10 AM