Robin Hvidston, the Director of We the People Rising, attended the San Bernardino County Republican Party Central Committee meeting a few days ago.

She recorded a brief video of Raul Rodriguez, the head of America First Latinos, who asked Chairwoman Patterson if she was a Republican or a RINO. 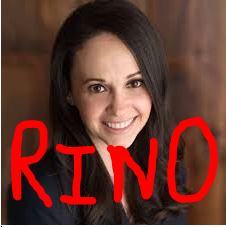 He took a few pictures with her, too. Her answer was quite soft-spoken, not with any gusto or strength attached to it.

Robin's full report is below:


And here are my responses to all of this.

I could have saved the team a trip. I know that she is a RINO. She is a corporate-backed shill who got a big boost from Kevin McCarthy's machine to be the Establishment front-runner. She helped the abortive Meg Whitman in her campaign for governor in 2010. In spite of the millions upon millions spent by the political class in this state during that year, Republicans lost bigly across the board.

Illegal immigration, public sector cronyism, the cycle of poverty and eternal Democratic hegemony, all of this is dragging down the state. There are more people in California who vote for a living rather than work for a living. The retirees from public jobs and contracts are drawing in so much money post-retirement, it's just a matter of time before the state goes bust.

1. Millenial -- actually she isn't, since she and I are the same age. Both of us were born in 1980. We are actually Generation X'ers. She is way off. Already, she has been dishonest about her background.

2. Hispanic. She is married to an Anglo and has two kids, I guess.

3. She is female. Republicans are trying to play identity politics as the one way to get ahead in California, and it will never work. Democrats go after Republicans based on Demographics, but none of it really matters for the Democratic voters, many of whom vote Dem because they get something for the vote.

Robin also points out that Chairwoman Patterson did not talk about building the wall along the Southern Border. She simply refused to speak to that question. She is in full support of "comprehensive immigration reform", which is about as perverse and misleading as "Comprehensive sex-ed", a disgusting push to normalize sexual perversion in the state of California. "Comprehensive Immigration Reform" means amnesty, amnesty, amnesty.

This is not a winning formula.

The press has given Patterson a great deal of cover, claiming that she is not against President Trump. However, she has refused to announce ongoing support for the President.

Going back to the beginning of the report, anyone who starts with "We are a Big Tent Party" has announced why more people are leaving the party. There is no longer any commitment, any interest in winning based on principle. Half the article reports on her focus to raise money. All the money in the world is not going to turn the hearts and minds of men to vote differently. Core values are essential to win elections. The California Republican Party needed to focus on shaping the culture, working to undo the corrupting influence of the marginalized media.

How about working with local and country GOP groups to make a difference for the better?

Let's not forget that Czarina Jessica was more interested in colluding with the corrupt leadership in Los Angeles County. Members of the different assembly central committees are now barred from entering the central committee meetings on a regular basis. Andy Gharakani is not even a member of the Central Committee, yet he decides who enters and who does not.

This kind of corruption is happening all over the state of California. Some central committees don't have enough members to hold meetings, while other chairs control meetings through their ownership of certain buildings. Others have resorted to stealing keys and changing the locks on doors, too.

It's crazy! There is no enforcement of the rules.

Even worse, the consultant class which now runs the California Republican Party has no interest in winning or losing. They just want to make money. They look for big donors and rake in big money, then fritter some of the funding to the candidates. It's all about the money, that's it.

And the rest of the state loses out. More than a viable two-party structure, the common-sense governance sought by many is all but gone because of corporatism.

And Jessica Patterson is the perfect figurehead for all of it. The two-party system as it stands has collapsed in the state of California. I choose to remain a registered Republican because I align and endorse the national platform unreservedly. I just wish that Republican operatives in California did, too.
Posted by Arthur Christopher Schaper at 11:16 AM