I received the following information from a local activist, Tracy Hopkins, who has been following the "green agenda" for a long time, including Community Choice Aggregation. 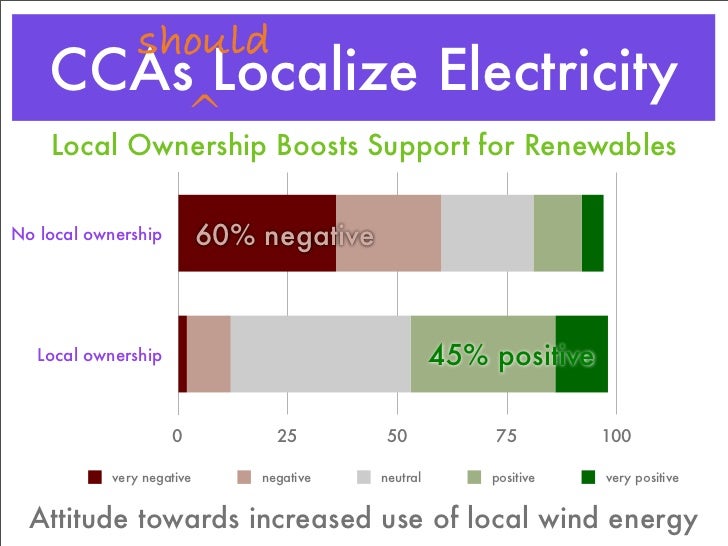 From her Facebook Page:
November 27, 2014 at 9:59pm
This is growing fast and gaining momentum in the South Bay.

If you want to see your tax dollars further siphoned off for feasibility studies and worse get educated and soon.  Coming to your city council for a vote to move forward soon.

Notes CollectionA Community Choice Aggregation is a corporation, controlled by a small group of rich people, who sell you the same electrons PG&E sells, but it is labeled “green”.(2) It comes from centralized corporate solar farms, like Ivanpaw, or coal fired power plants & atomic plants. It costs more & is just as dirty as PG&E. (1)

It created only 12 jobs in Marin. Worst of all, you get nothing free. You get a bill from MCE, not a check from PG&EYou pay the “green” corporations $1.3 billion from your taxes to build a solar farm in Nevada & kill desert tortoises. (2)

And your bill is higher than the one you got from PG&E. Ultimately, it is just a shell game where you trade one giant Utility, MCE, for a different, but still the same, giant PG&E utility.(2)

The lobbyists say, “Shell is out of the CPSF game”, but behind the curtains, Shell is still who will get the $1.3 billion of your tax payers dollars. This is why Ralph Nader, Bill McKibben, Art Agnos, Paul Kangas do not support CCA.

(2) SF Weekly, “Who has the power, over your power.” April 10, 2014.
A CCA is a local government-run electricity program that operates as a non-profit entity.  (Is this Marxism/Socialism?)

Things go wrong when resources are held in common.

See page 56 (of 60) there appears to be a sample document for the City of Hermosa Beach.
Apparently whomever is preparing these "studies" already has a template that they can shoot right back.

The most viable option to reduce transportation emissions without also increasing emissions due to electricity is for the city to find its own source of energy. For this, we recommend that Hermosa Beach look into Community Choice Aggregation. By creating their own source of energy, Hermosa Beach can have a greater amount of independence and control over their electricity usage, and can collectively decide to generate their energy from a renewable source, like wave power or solar energy, that may produce fewer emissions and will further increase their efforts towards carbon neutrality.

At a recent Council meeting Councilman Tim Goodrich made a point to remind voters that he ran on a “back to basics” platform which he defined as fixing streets and sidewalks and “getting back to the core government services.”  He then went on to say that improving roads was the # 1 issue facing Torrance noting that the pavement condition index of Torrance roads is 58 – well below the ideal standard of 80.'

How ironic then that the very next week the Council would take on Community Choice Aggregation (CCA) – a cause championed and brought forward by the very same Goodrich. There is much room for reasonable minds to differ on the advance of a CCA, but one thing for certain is that implementing a CCA within Torrance is about as far from the “Back to Basics” approach that Goodrich supposedly believes in as you can possibly imagine.

So what is a CCA exactly?  Essentially it is a government created and controlled middle-man that brokers energy contracts on behalf of consumers.  Instead of paying Southern California Edison (SCE) directly Torrance residents would pay the CCA.  The CCA would then leverage the buying power gained by pooling consumers to purchase energy contracts.  The hope is that the CCA would then use this buying power to purchase energy contracts at an affordable price from sources that provide cleaner energy than SCE would normally offer.

The choice part of a CCA is that instead of just paying the one rate afforded by SCE, consumers could choose from various cleaner options to meet their energy needs.    Marin Clean Energy (MCE), a CCA touted in the City staff report as a successful model, offers consumers three choices: Light Green (50% renewable), Deep Green (100% renewable), or Sol Shares (100% through local solar farm).  As to be expected, the greener options typically would cost the consumer significantly more.  In the MCE plan, the Sol Shares rates are 30% higher than the rates paid by those that choose the Deep Green option.

I am not impressed with this program. I hope that the city of Torrance finds that this program is not worth the investment.