Why do you want to be appointed to the City Council? What do you feel you will bring to the position?

In my view, the city council needs another member who is more responsive to specific concerns from residents in the community. A number of residents are concerned about housing issues, the homeless issues, as well as ensuring that the city maintains its high quality of life. There are other concerns which residents have shared with me: urban coyotes, trash, street sweeping, civic engagement, budget issues, etc. and I want to ensure that their voices are heard, their concerns are answered, and those problems are solved.

Furthermore, I am concerned that a number of worthy policy goals: establishment of health district, proper pension reforms and funding, etc. are not being pursued in a timely fashion by the city council at present. I want to help expedite those goals as much as possible.

Last of all, I am deeply troubled by the fact that the current city council restricted public participation to one hour per city council meeting over the last year, when many city councils allowed individuals to call in to comment on specific agenda items. The restoration of full First Amendment participation by city residents needs to be restored. I also want to add a voice and vote to the council to ensure that we treat every business as essential and not allow “pandemic hysteria” to impose mask mandates or close down businesses in the city of Torrance again. 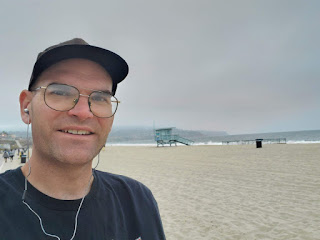 2.       What future plans do you have for seeking elected or appointive office at any level of government?

I am concerned about the state of education in the city of Torrance, so I may seek a seat on the Torrance School Board in the future. The well-being of the state of California is of great concern to me, and I may seek to run for state legislative office, as I did in 2020.

3.       Look 10 years into the future and describe what you want this city to look like and why.

I anticipate a city where a growing community of families is able to live and thrive, where families of many generations can connect and call Torrance home. Currently, the city population is declining as more people are leaving the state.

I want our city to be recognized not just as balanced city, but a standard by which other cities conduct their residential, commercial, and industrial affairs. That has been the case in the past, and I want that to continue. I want to see our status as a leader in industry restored, since we had the Toyota headquarters in Torrance for many years.

The city council must serve as constitutional representatives for the citizens and legal residents of the city of Torrance. They bear the responsibility of initiating and implementing policy to ensure that the city has enough money and manpower to provide essential services and ensure that everyone can enjoy their fundamental rights to life, liberty, and the pursuit of happiness. The role of city staff is to research and provide frameworks or language for all policy directives and implementation of all policies.

5.       Give an example of how you would resolve a situation where your personal philosophy is at odds with what is best for the City.

6.       What would you do if you were contacted directly by a resident or business to resolve a city related problem?

First, I would take every step I could to answer questions they have or resolve concerns they face. If there is a problem with policy or city ordinances, I would encourage them to outline those concerns to me in writing, and to share their concerns with the rest of the city council. If there is a problem with a specific city function, like illegal dumping, I would direct them file a complaint on the MyTorranceCA App, for example.

7.       If you are currently contracting with or providing services to the City, are you willing to suspend those activities?

I am not contracting with or providing services to the city. In the event that someone would invite me to enter into a contract, I would reject that offer.

8.       What do you see as the biggest challenges facing this city next year?

Maintaining strong public safety and ensuring a welcoming, strong business climate. The state of California has provided an increasingly hostile regulatory schema for local businesses. We need to fight back against this much as possible.

Maintaining public safety. We need to support our police and fire departments, along with our other public workers. While I understand that there are bad actors in some police departments, and they do need to be removed, we must not allow the bad actions of a few to malign the many good police officers, including those in our public safety departments.

Supporting current businesses and industries while welcoming in new industries with a more facile process.

Ensuring a quality of life for city residents that makes Torrance the envy of the South Bay, if not the entire state of California.

10.   What do you feel needs to be done to maintain and enhance the City’s economic health?

We should provide a flat fee for doing business in the city of Torrance as opposed to graduated license fees based on size of business, number of employees, etc. I think we should discuss lowering the local sales tax, to invite more consumers and potential buyers to purchase goods and services here in the city of Torrance. I might even suggest offering a holiday for one year on the collection of business fees due to the COVID-19 pandemic lockdowns and shutdowns.

City hall needs to root out and remove extraneous spending, as well.

11.   Circumstances outside the City’s control can and have impacted dramatically the City’s budget. What approach would you take as a Council Member to balance the budget or address the issues?

I would withdraw the city of Torrance from the South Bay City Council of Governments and the Southern California Association of Governments. These agencies exact extensive fees from the city, and I feel that we are not getting our money’s worth.

I think we need to conduct a comprehensive audit of some other city services, like Torrance Transit. Some residents complain to me that very few people ride the bus, and other App programs have replaced the bus services.

I would work with city staff and council to find ways to fend off and discourage the frivolous lawsuits which target the city or to seek mediation on key legal disputes where possible. 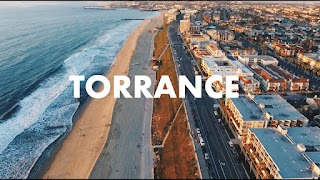 12.   Have you reviewed the City’s budget and are you familiar with where and how the City receives its funding?

13.   Have you reviewed the City’s General Plan?

14.   Have you attended and/or participated in any civic meetings and if so, which ones and describe your participation?

I have attended a number of Torrance City Council meetings, since 2014. I have commented on a number of agenda items, and I have advocated for the city to take the lead on key issues. I have met with city councilmembers and even the mayor on individual occasions as well as during city council meetings.

I have been involved with the Torrance School Board on a number of issues, including the long-term viability of SCROC, as well as concerns about the content and curriculum instructed to children in the Torrance schools.

I have contacted and advocated for policies, positions, and resolutions before multiple city council and county board meetings throughout the state of California, as well. The issues and concerns have ranged from public safety to respect for constitutional rights of cities and citizens.

I have participated in public committee hearings in the California State Capitol, as well as in other states, including the state of Montana.