The Truth About Anti-Semite Groypers

Benny Johnson is not my favorite person. Turning Point USA is not really turning the country to a better point. The organization has all but caved to the LGBT Agenda, and much of what they are promoting is certainly eye-raising, since it's not appropriate.

But I have to give him credit for fully exposing the groypers, and their head frog Nick Fuentes.

Here's a picture of Robert Barnes spanking Fuentes after he refuted his failed anti-Semitic, anti-American talking points on InfoWars: 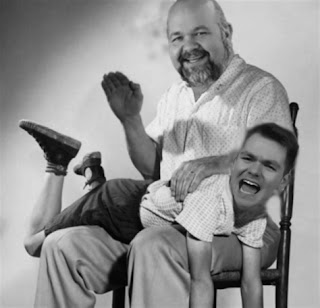 But just to make sure that you know that I am no fan of TPUSA, I wanted to share this part first:

When they had skimpy women shooting out lots of money to a crowd of kids, I contacted Charlie Kirk via his Facebook fan page.

Here's the answer that I received: 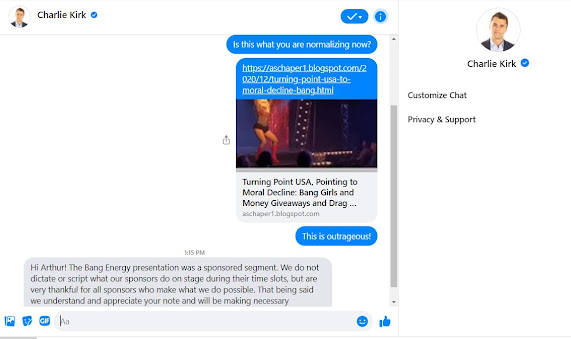 Here's the full extent of the remarks which I shared, and how he responded: 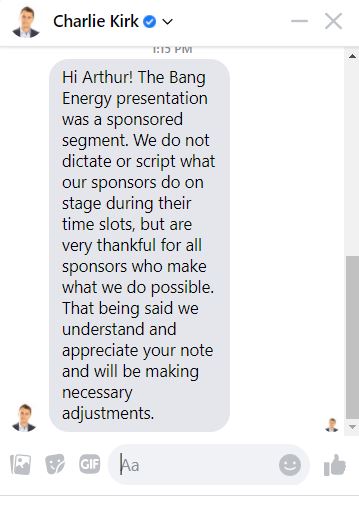 And then I followed up with the following remarks: 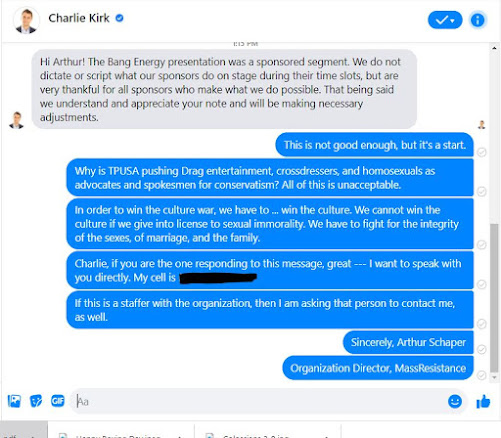 Now, having said that, I am grateful to Benny Johnson for putting together all the dirt on Anti-Semite Groyper Nick Fuentes.

Recently, there has been some confusion about who Nick Fuentes is.

It’s time for the authoritative deep-dive on Fuentes.

Disturbing videos of Fuentes have surfaced. Fuentes claims he is being “smeared” & “taken out of context.”

Let’s let Nick speak for himself:

Here's all you need, folks.

What really alarms me, however, is that many well-spoken, forthright adults are falling for this guy. I still don't quite understand their fascination with an angry, embittered kid.

I understand there is a growing movement among conservatives for restriction on immigration, and for support and protection of natural marriage and the family. These are good developments.

But we cannot sacrifice respect for natural law and natural rights, either. Anyone who thinks that someone's worth or well-being is based on their skin color is violating natural rights, and therefore is undermining the United States Constitution.

We need to stand for truth and reject this white version of collectivism.