No mask mandates in the city of Torrance. NONE!

No Vaccine mandates for workers. NONE. I have heard reports about this being proposed. This is outrageous and unacceptable.

The city should issue a clear proclamation that the city will no longer enforce the unfounded, unconstitutional mandates from the county and the state of California

Black Lives Matter is an egregious hate group. Most of the people calling in for Christopher Cowboy Mitchell do not live in the city. Ignore them. They are welcome to make fools of themselves defending a career criminal who got himself killed because he did not follow orders.

All black lives matter, and that includes the black man whose car was stolen by Christopher Cowboy Mitchell. How about David Dorn of St. Louis Missouri, who was killed by BLM rioters while defending businesses

6D – Planting trees is a great thing. But really, the city needs to start farming out these costs to non-profits and other agencies that want to do good for the city of Torrance. The city of Torrance is a balanced city, but I do not see why the city is taking on these costs, however great or small they may be. We need to find other ways to beautify the city without ancillary costs like this.

9D – There should be no sales tax increases. None. The city could have avoided many of the budget shortfalls if they ignored the unconstitutional lockdowns and mandates and let the businesses open and thrive or make their own decisions about their businesses.

Torrance is The Balanced City. The city needs to balance its budget without dipping further into the wallets of the residents. There is plenty of overspending on city overhead, waste, and other costs. The majority of that city council ran for office on a platform of fiscal discipline. 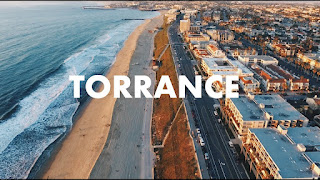