MA MassResistance: Exposing the Filth in Ludlow Schools, and One Brave Teacher/Whistleblower's Efforts to Stop the Abuse 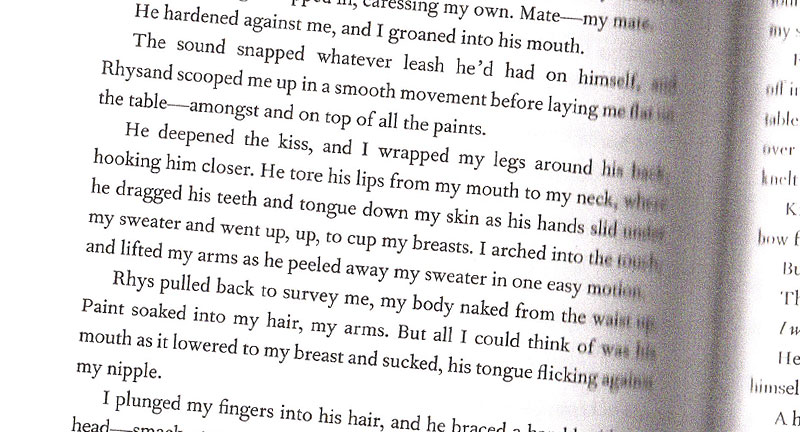 One of the sexually lurid "story books" ("A Court of Mist and Fury") for children ages 11-13 that the school officials are protecting from scrutiny. Unfortunately, this is happening in more places than people realize.

We often read about parents who complain about the explicit sexual, homosexual, and transgender materials being given to their children in school. Most are unaware how corrupt and degenerate their school officials are when it comes to diffusing outside criticism and protecting that agenda. Those officials, of course, know what they are inflicting on the students.

But what happens when a teacher in that school is disturbed by this material, insists it’s harmful, and demands it be removed?

In Part 2 we described how Bonnie, a social studies teacher at Baird Middle School in Ludlow, MA, started to notice that pornographic, homosexual, and transgender themed books were in the school library, and also being brought into classrooms by the "transgender" librarian.

Some other teachers were similarly upset. But it was Bonnie who decided to actually do something about it. What happened then is an education for the rest of us!

(And for comparison, at the end we’ll show you how a Ludlow town official, who is also a parent, reacted to the books.)

Conversation with the Superintendent

In September 2019, soon after Bonnie saw the offensive books, she had a brief conversation with the Superintendent about them. He told her to wait a few weeks and then talk to the Principal.

Meeting with the Principal

A few weeks later, Bonnie met with the Principal and described the situation. The Principal did not want to deal with it and would not address the issue.

Meeting with the Superintendent – another brush-off

In early November, Bonnie formally met with the Superintendent in his office about the books. He tried to brush it off and said she is “the only one complaining about this.” Bonnie said “No” – there were definitely other teachers who were upset. The Superintendent told her that if that were true, it would be helpful for her to have those teachers come forward. Bonnie said she would do that.

Formal letter to Superintendent with signatures of 18 other teachers

On Nov. 18, 2019, Bonnie delivered a detailed letter to the Superintendent that was signed by 18 Baird Middle School teachers (from the total staff of approximately 70). The letter described the material in several of the books and the reactions from students that teachers had witnessed.

The letter ended with:

As professionals in the school district, we are responsible and tasked with protecting the well-being of the children ,,, The situation has not improved and we continue to see and read materials from the Baird Library that violate the policy involving ideologies and profanity/obscenity … These materials continue to be checked out and personally recommended to “certain students.” We all share these concerns for the known psychological and mental damage that these sexually explicit and pornographic materials can cause students at the middle school developmental level which ages range from eleven to thirteen.

Note: The letter referenced attached exhibits which we do not have – but material from them has been reproduced in Part 1 and Part 2. The letter also references “DIRT” which is Direct Independent Reading Time – a period during academic classes where kids are allowed to read any book they want.

(After this letter was given to the Superintendent, two of the signers changed their minds and asked that their names be taken off.)

The Superintendent answers the letter

On Nov. 27, 2019, Superintendent Dr. Todd Gazda replied via email to Bonnie and the other teachers who’d signed the letter. The reply is written (in our opinion) in the kind of patronizing, evasive style that we’re all too used to from educrats.

Although Bonnie brought up and described several very troubling books in the letter, Gazda only responded about one of them, “Kiss Number 8.” He said that he purchased the book himself in order to read it. Of course, Gazda could have easily walked into Baird Middle School and looked through (or brought home) all of the books had he wished to. But he obviously didn’t care enough to do that.

Gazda also made the asinine assertion that explicit sexual and homosexual scenes in children’s books are actually appropriate “when those excerpts were read in context.” There is no possible “context” for pushing such material on kids.

Although an avid reader, I do not typically read graphic novels particularly those geared towards teenage girls. However, by halfway through the book I found myself absolutely riveted. The work did an exceptional job of dealing with a complex and yes controversial issue...

Does the main character kiss other teens and explore her sexual identity? Yes. Do I think that the book was appropriate for middle school? I don't know.

This tells us a lot about the Ludlow Superintendent, and by extension the people he has working for him.

Teenage lesbian scene from "Kiss Number 8," the book which Dr. Gazda said that he was "absolutely riveted" reading. 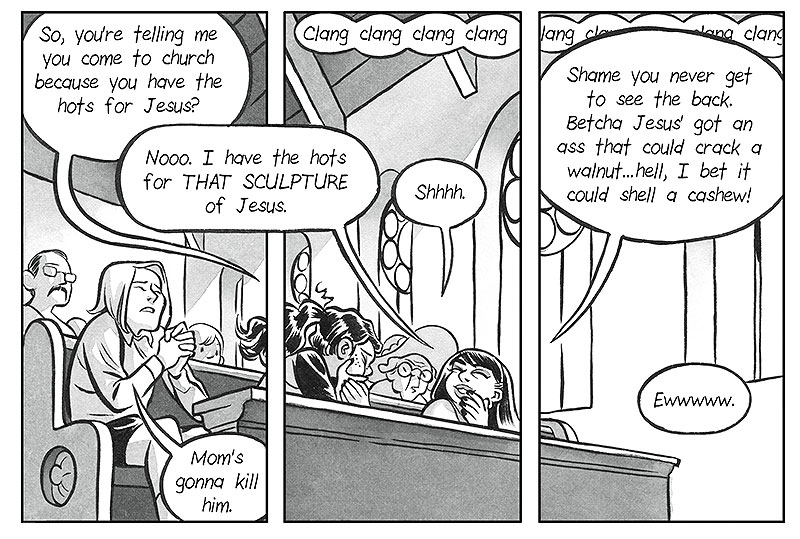 Dr. Gazda also had no problem with this blasphemous, anti-Christian scene from "Kiss Number 8." Among other vile messages, the book sexualizes Jesus.

Another reaction by a public official

For another opinion, Bonnie forwarded the letter she sent to Gazda to another Ludlow town official, a town employee who has children.

Here’s from the email that Bonnie received in reply:

I have read "A Court of Mist and Fury," "Sex is a Funny Word," "Speak," and almost all of "Perfect Chemistry."

I am absolutely disgusted with the first two, and don't agree with "Speak" being in any Middle school. Nor do I like where "Perfect Chemistry" is going. I'd like to look at "Kiss Number 8" as well since it is out of all the other schools but ours. I will check our public library for it and some of the others.

It’s quite a contrast. Suffice it to say, this person is not involved with the public schools!

Gazda ended his reply to Bonnie and the other teachers by informing them that there is a “school committee approved process” for parents (or teachers) to go through regarding books. For each book, Bonnie should fill out a form and submit it to Gazda.

Gazda would then appoint a committee comprised of a School Board member, the Principal, a librarian, and two teachers. The committee will consult a “school committee policy” and “make an ultimate decision.” In other words, a bureaucratic procedure run by (possibly biased) school personnel was needed to determine something that is obvious to anyone using common sense. This is a common tactic in these situations.

Bonnie decided to go ahead and follow the “process.” How that turned out provides another window into the minds of our educator class.

In our next post in this series, Part 4, we will report to you what happened with “the process” to deal with the books.