"You gonna speak on the TPUSA dumpsterfire or nah?" -- Russell Wiley 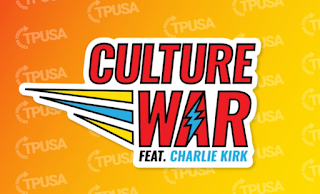 Indeed, many of the TPUSA speakers and leaders had no interest in speaking at length about how badly they handled the so-called "groypers" who descended on the Q and A section shortly after their presentations.

It was really sad to see some of TPUSA's big social media promoters diminishing and shaming the right-of-center critics who were calling out the left-wing descent of the conservative movement in the United States:

In America, what happens between two consenting adults is their business


It's been three weeks since The Ohio State University "Culture War" dumpster fire. I wanted to share some more thoughts on what transpired that day, and why it was a watershed moment in the pro-family movement.

Whether a question is "trolling" or a genuine question, people should provide some kind of answer. They should not retreat away from offering something. Just because someone is "trolling" does not mean that there is no proper way to respond effectively and put an end to the discussion properly.

Answer the question directly and effectively. If the person insists on perverse talking points, with no interest in making an argument or making a point, then call them out on it. I have had this experience a few times. Some of these trolls will insist that race and IQ are so intertwined as to be determinant, and there is no dissuading them. They are convinced that "The Jooz" control the media, control the corporations, control the United States' foreign policy.

There is simply no talking to them. Just speak the truth, refute their statements, call them out when they end up repeating themselves, and move on.

Now, about all these smears and attacks against conservatives, especially young conservatives, who do not want endorsement and promotions of homosexuality and transgenderism ...

They are not "New Westboro Baptist Kids." Such name-called is childish, immature, and evades debate. It is not hateful to defend natural marriage, life, and family. The bedrock of any culture is not the government, not the state, not the village, but it is the family. It takes a Mom and Dad, not two Moms, not two Dads, not a collective.

These young people were right to start asking the tough questions. It was not baseless trolling to point out that TPUSA is a libertarian front. There is no liberty without morality, however, and values, whether shared or individual, have to have some eternal basis to be ... values. 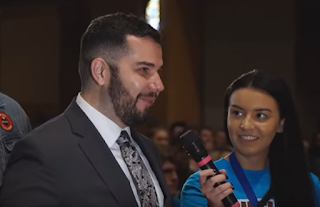 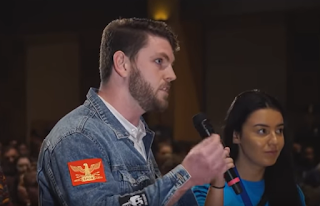 Conservatism must be based on biological fact and Biblic truth, not bigotry and bleating. Such coarse rancor belongs to the regressive Left. The fact that talking heads like Benny Johnson resort to such tactics simply proves how far to the left we have seen mainstream conservatives go to "engage the culture."

Of course, there are some other left-leaning traits which Mr. Benny Johnson has evinced in the past:


To the writers who were not properly attributed and anyone who ever read my byline, I am sincerely sorry. http://t.co/WpkZIi4g9k
— Benny (@bennyjohnson) July 26, 2014

At any rate, the TPUSA Culture War was a dumpster fire. They wanted to defend homosexuality, gay sex, transgenderism, drag queens, and all the rest. This is just wrong. There is no value in bending over backwards (pun intended and unintended) in a perverse attempt to get more people to vote for conservative candidates.

It's time to stand for what is right. It's time to draw some golden lines, to "Build the Wall" around clear-cut, Judeo-Christian conservative principles, not just along the Southern Border. 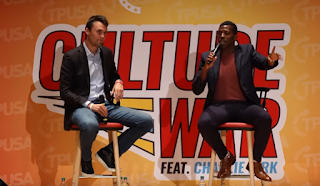 Posted by Arthur Christopher Schaper at 11:22 AM