It was really good--and invigorating--to speak out at the Beach Cities Republicans meeting last night.
I liked meeting with many familiar faces, and there were some other people whom I did not recognize, or whom I had not seen for at least two years.
The first guest speaker talked about Lyin' Ted Lieu and his
One of the guest speakers, William Valladares, was talking about immigration. He was playing up the fact that he is a "minority Latino GOP" whatever. Aren't we at a point in this country where we stopped judging people by the color of their skin, but started looking at the content of their character?
He then started talking about the "Dreamers", the so-called "Dreamers." He said that he supports giving them amnesty. He also said that some of them love this country more than other Americans. I was really offended by these liberal talking points.


Illegal immigration is illegal immigration. Illegal is illegal. Just because your parents broke the law and brought you into the country does not mean that we should ignore the integrity of a nation's borders and the sanctity of the rule of law. Children often have to deal with the consequences of their parents' crimes. There should be no exceptions made in the case of illegal immigration. 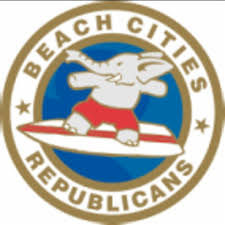 I spoke out at length about this, and I refused to relent. One person told me to let him finish. I responded that I had a right to counter him on that point. Allan Ku (whom I enthusiastically endorse for Central Committee), also known as Allan Wright, was sitting next to me. He's an immigrant, and he came legally. He completely agreed with my decision to speak out. I then left the meeting because I was tired, because I had had a long day.
Two minutes later, I received a phone call. A friend of mine, Marlene Silva (whom I also enthusiastically endorse for Central Committee!). She applauded me for speaking out against the speaker who wanted to give amnesty to illegal aliens.
THEN, THEN she told me that six other people also walked out of the meeting because they were so disgusted with the comments from the speaker.
This is the movement that we are starting. This is how we start making a difference. It's time to stop being civil and play defense in the face of wrong ideas and wrong-doing!
Let's speak out and win!
I ENDORSE THE FOLLOWING CANDIDATES FOR AD-66TH Central Committee: 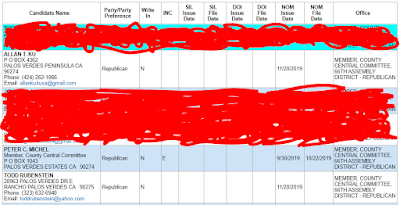 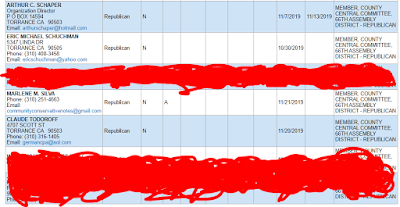