In a previous post, I reported on retired physician yet ongoing LGBT activist Roy Tan.

I pointed out from his own words in an interview with "Dear Straight People" that people are not born gay, and that the gay lifestyle is not about promoting life, but is destructive and dysfunctional, as well as outright deadly. 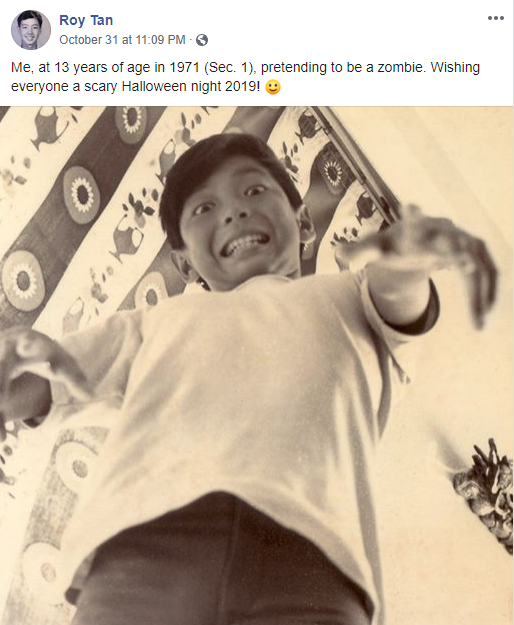 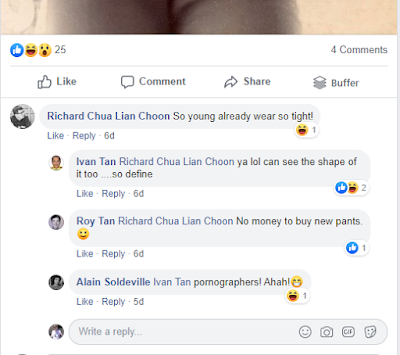 From this post, I am compelled to point out that Mr. Tan was not just sexually active, but let's state the truth plainly: he was a child molester! More than a zombie, but a real monster!

Not at all. Consider his own words:

His attraction to the same gender grew stronger with age. By the time he started primary school, Roy was already busy experimenting with his male classmates.

And repealing 377A will cause this perversion to explode in Singapore's schools.

And check out his other statements on this:

"When I attended school from Primary 1 onwards, I always had a best friend in class which I would become strongly attracted to.

"We would proceed to explore each other’s bodies when the occasion was appropriate in a very innocent way, mainly out of curiosity. I had no inkling at the time that it was a sexual interaction."

"Exploring each other's bodies ..." Really. "In a very innocent way ..." taking off one's clothes? Touching one's genitals? This is innocent? Not at all. It's downright disgusting, and it's clearly abusive.

Again: How old were Roy's young "partners"? And what else did Roy do to them?

As I progressed from primary to secondary school and then pre-university and National Service, my best friend would change but the intensity of the relationship and the love I felt was the same with each new, unique person.

The main problem about my relationships with my best friends was that even though we shared carnal pleasure, none of them identified as gay and they all got married to women later on in life.

"My best friends", Roy writes. How many? How old were they?

This is very disturbing.

No one wants to talk about the marked connection between homosexuality and pedophilia. But it must be brought out. Here's one study which draws out this very worrisome correlation.

And consider this report by Bryan Fischer, as well.

And then notice the comments under Roy Tan's photo as a 13 year old (when he was already "experimenting" with other boys.

"You can see the shape of it too ... so fine" -- sadly, but most likely referring to Roy's genitals.

More interesting than all of this ... those comments were deleted for some reason: 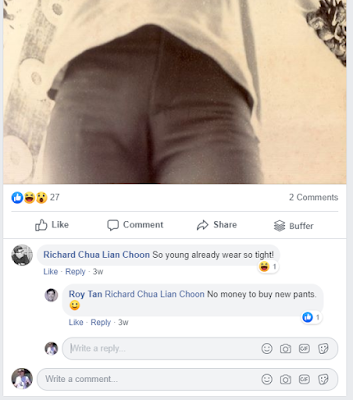 No more mention of pornographers. No mention of "You can see the shape of it."

It's both worthwhile and proper for Singapore to maintain its statute criminalizing sodomy. The risks to children as well as to adults, the costs to individuals and society, the perverse effects on the country and the community cannot be overstated in regards to homosexuality, transgenderism, and other paraphilias.

The champion, the chief plaintiff in the lawsuits to repeal 377a, engaged in serial child abuse. He flaunts this sexual perversion as if it's something to be proud of. And it will become manifest and mainstream should 377a be repealed.

The correlations of homosexuality, pornography, and pedophilia are too great to ignore. Singaporeans need to wake up and demand the full protection of the common good and public order. Expose Roy Tan, and #Keep377a