Matt Durski, aka Polly Porcelain, did some drag shows in the most unseemly of places: the local libraries in Henderson, Nevada. 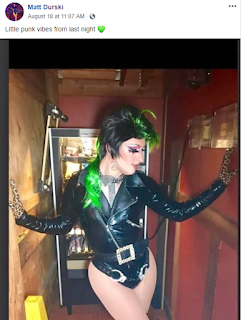 Who in their right mind, or their left mind (if they have a mind) would think that a drag queen should be reading to children, and moreover that said drag queen would serve as a role model?

This is perversion on a level that cannot be fathomed.

Fortunately, more people are pushing back against this onslaught against the laws of nature and nature's God. 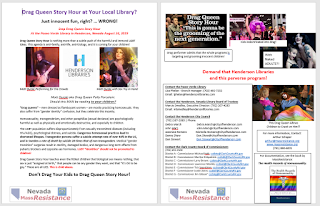 Later on, I had found his Twitter feed a few months ago, and I went after him without holding back.

Finally, he felt compelled to respond -- probably because we had outed his perverse, disgusting cabaret show, which proved that this deviant had no business being around children AT ALL! 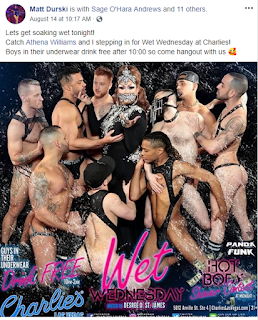 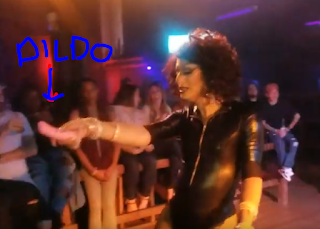 This guy had no business being around children. None.

Check out what he started out with on his Twitter feed: 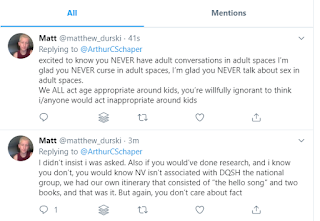 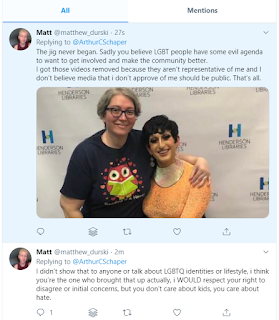 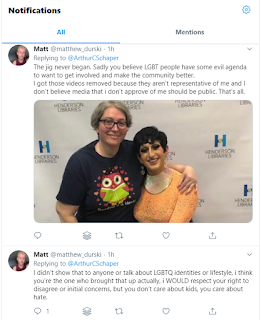 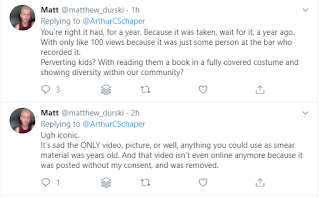 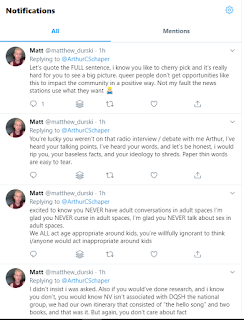 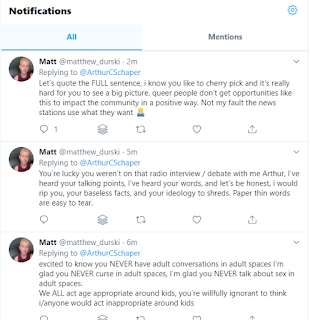 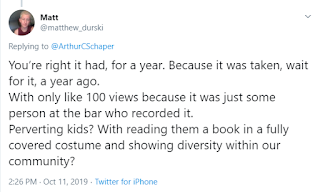 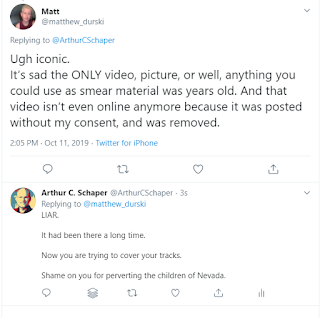 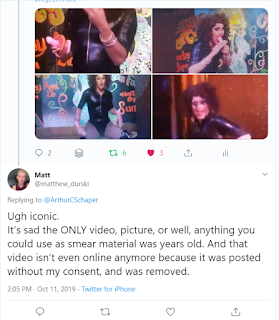 Durski did everything he could to justify himself.

First, he claimed that the salacious video of his cabaret act was recorded without his permission. As if! He was performing live, and the video had been on YouTube for a year!

The video was taken down only after Nevada MassResistance had exposed the video to the public, including our sharing the video with the local press. The video was really bad, and he had a hard time, certainly, in justifying his presence around children, in promoting himself as a drag queen and a drag queen hero to children.

He then tried to argue that he was not connected to the national "Drag Queen Story Hour" movement. That was a total lie. I caught him on that one.

At one point, he claimed that he could debate me on "The Vegas Take", and he would have been more than able to shut me down. Yeah, sure, whatever. When I exposed him lying not once but twice on his own Twitter feed, this was Durski's response:


Durski couldn't handle the truth, now, could he?

It is essential for pro-family activists to fight back and win.

We should not just complain over a cup of coffee while the world falls apart all around us. There is no reason for us to sit back and do nothing. The regressive Left has been fighting hard for the last thirty to fifty years to shape the culture and take over our country.

It is time for us to fight back on the same field and win. It's not enough for us to hold the line. We need to "possess our possessions" (Obadiah 17).

Posted by Arthur Christopher Schaper at 10:47 AM