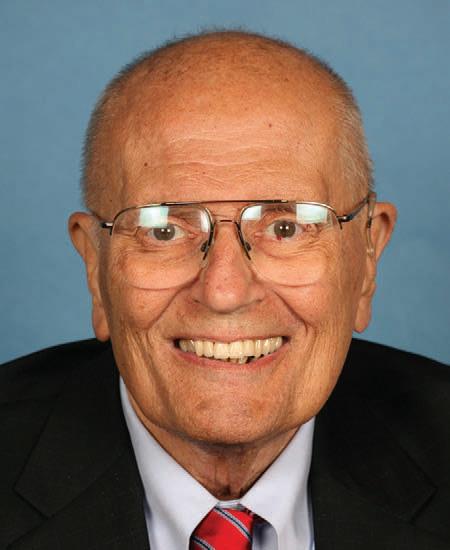 The longest (self-)serving Congressman in Washington, Dingell joined the lower house in 1955, and never looked back.

A potential Chairman for the House Energy Committee, Congressman Henry Waxman whipped votes to edge out the senior chairman for the seat, with Cap and Trade and Obamacare as the disastrous results.

Nobody in this country realizes that cap-and-trade is a tax - and it's a great big one.

It was a big tax, and one that died in the US Senate, thank goodness!

Despite his support for the auto industry, Dingell still cared about the animals:

Living wild species are like a library of books still unread. Our heedless destruction of them is akin to burning the library without ever having read its books.
Read more at http://www.brainyquote.com/quotes/authors/j/john_dingell.html#hgzaTLB1Q1hq0dmH.99

Some other interesting quotes from Rep. Dingell:

If we're going to change the laws, let's change them in ways which makes it easier to catch criminals, and yet at the same time protect the Second Amendment rights of our law-abiding citizens.

No Congressman should serve so many years, and have little to show for it. Just before his 2012 election, the Detroit News acknowledged that he was not a good Congressman, and the endorsement offered was one of the weakest on record.

And now his wife wants to run for the seat? Congress is not an inheritance, and any lineage, especially a liberal one, has no place in the House of Representatives.
Posted by Arthur Christopher Schaper at 1:59 PM