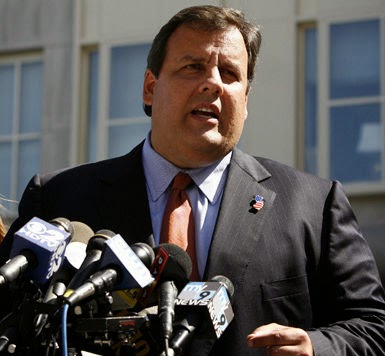 Three police officers were just killed at a police station in Gloucester Township. Earlier, two women were shot near Essex County College. New Jersey media is stepping into the gun control debate with greater vigilance because of the recent spate of gun murders.

On ABC's "This Week" Newark Mayor Cory Booker claimed that thirty-four gun murders occur every day in the United States. Politifact.org rated the statistic as "mostly true", yet Booker neglected to distinguish between gun deaths in self-defense vs. gun-deaths perpetrated during the commission of a crime. His referenced statistic does not factor in where these gun deaths occur, whether in rural or urban areas, nor the role which the mass media has played in the spurts of mass violence in this country, or the diminished capacity of state mental institutions to house individuals with diminished capacity.

In the wake of these tragic shootings, the New Jersey state legislature pledges to enact stricter gun control laws in a state which already has one of the strictest gun laws in the country. One would expect the state legislators to exercise more restraint and discretion following the Sandy Hook Elementary tragedy, especially since policy decisions following a traumatic event yield unintended consequences without necessarily enacting the intended reforms.

Governor Christie wants to advance gun control to stop these tragedies. He is showing his true colors, a gun-control advocate from ﻿his days as a federal prosecutor﻿, most likely. No one should question his caring and concern for his constituents. On most issues, Christie leads from the right, and he is right. On the question of gun control, he is wrong.

This country certainly needs a serious debate about the gun violence manifesting in this country. Democratic Senator Joe Manchin of West Virginia, a gun-owner in a gun-owner's state with an "A"-rating from the NRA, has advised that every issue related to gun violence be put on the table. Every issue. The saturation of violence in our mass media, but also the whipped-up hysteria from media report and response must be included. The access to guns requires reviews and background checks as a measure of fitness. Still, the recent massacre at Aurora, Colorado had no prior record of criminality or insanity.
The forcible institutionalization for the mentally ill for those with diminished capacity has diminished in recent years. The Fort Hood military reported their growing concern about the religious fanaticism of army psychology Nidal Hassan, yet he remained in practice long enough to shoot his colleagues. Before that massacre, the college administrators of Virginia Tech had possessed limited authority to incapacitate ﻿student Seung-Hui Cho﻿ before he unleashed his private arsenal on the campus.

Washington D.C. had ﻿one of the highest crime﻿ rates in the country, and also one of the strictest gun laws. When the Supreme Court struck down the inhibiting individual handgun ban in the National Capital, the murder rate dropped considerably. Currently, Chicago has the strictest gun control laws in the country, and now holds the dangerous distinction of ﻿five hundred murders﻿ this year. When the US District Court ﻿struck down﻿ the city's gun ban, the ﻿crime rate﻿ began to decline. Other studies, from ﻿Kleck and Gertz﻿ of Central Florida to the ﻿National Academy of Sciences﻿ to the ﻿Cato Institute﻿, have suggested that gun control does not diminish gun crime, while great gun access does not lead to more gun deaths. Even brandishing a weapon without firing has discouraged criminals.

Despite the negative perception of the NRA, President and CEO Wayne LaPierre's points ﻿are well taken﻿: "The only protection against a bad guy with a gun is a good guy with gun." Not more gun control but less will protect our communities from future assailants. Removing the "gun free zone" stipulations from our schools will make them less likely targets for potential murders. Proper reforms and compromise from public sector unions would help. The crime rates in Newark have climbed past seventy homicides, in part because of massive cut backs in police. The Trentonian reported that crime rates are soaring in the wake of police cut backs, as well.

In the absence of police support, the notion that more gun control will protect New Jersey residents is just plain ludicrous. Holding back the "good guys" from possessing firearms will not prevent the "bad guys" from holding them up. Governor Christie, Mayor Cory Booker, and the New Jersey legislature must rethink their response to gun violence. Governor Christie's charge that police and fire unions refused to negotiate lower pay and pensions needs further scrutiny. Public officials need to step up and give their communities a break.

Impulsive political reforms in response to raw emotion or cultural misinformation will only exacerbate the gun violence which impacts communities without warning and without remorse. Local community leaders need to demand their right to bear arms, and demand that their local peace officers assist Trenton, Newark, and the state government with the budget demands facing everyone in New Jersey.
Posted by Arthur Christopher Schaper at 4:55 PM