This press release was the first piece of news I received on Election Day 2018, and it was GOOD!

Sacramento politicians who supported the car and gas tax hikes should be asking themselves a simple question right now: “Am I next!?”

In an historic result, State Senator Josh Newman has become the SIXTH state politician in over 105 years to be Recalled from his office. The success of the Recall against Newman came despite Sacramento politicians and special interests spending more than $6 million against the Recall.

Carl DeMaio, Chairman of Reform California and one of the lead sponsors of the Recall Initiative against Josh Newman offers the following statement:

“Make no mistake about it: State Senator Josh Newman’s political career is over because he supported the car and gas tax hikes. No amount of special interest money could save Josh Newman because voter anger over the gas and car tax hikes is so intense. 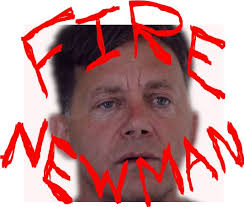 Recalling Josh Newman from the State Legislature was only the first phase of our campaign. This November we look forward to repealing the car and gas tax hikes – and defeating more Sacramento politicians who backed these costly taxes that are fraudulently diverted from road repairs.

For Sacramento politicians my message is simple: you have gone too far and now you will pay the price at the ballot box.

For the California taxpayers who are struggling with high taxes my message is equally simple: Help is on the way!  Please join our grassroots revolt at www.GasTaxRepeal.org”

Reform California and a coalition of taxpayer groups recently submitted nearly 1 million signatures to force the Gas Tax Repeal Initiative on the November 2018 ballot and polls suggest the initiative will be the defining issue this election cycle in California.

Facts about this massive hike:

-Estimates suggest it will cost $700 or more per family, per year

–The tax also hits business owners who rely on transporting goods, raising the cost of everything from apples to Zinfindel 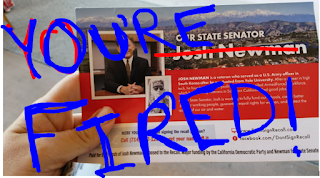 -The tax revenue goes into the state's General Fund, meaning there's zero guarantee the money will be used to actually fund the transportation "fixes" they claim will happen

-Nearly 1 million signatures were collected to qualify the measure on the November ballot; just over 550,000 were required

Posted by Arthur Christopher Schaper at 10:23 AM