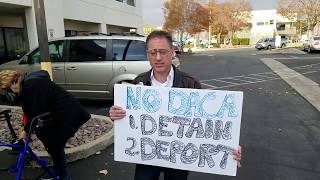 Congressman Paul Ryan insists on sticking up for the open borders swamp, when the American voters have repeatedly pressed on our lawmakers to secure the borders, protect American citizens, and put the sovereignty of our country ahead of the short-term profit margins of political elites.

Ryan is pulling a Boehner, nothing more.

He is throwing sour grapes at the voters, at his colleagues on the House Floor in a desperate attempt to please donors rather than do what is right for American citizens.

This is shameful, sad, and yet sadly par for the course from the political class, which we can only hope is going to be purged big time this November from both parties.

Yes, he's voting against the legislation simply because the Republicans are bringing it forward, and the fact that the legislation does not open borders wide for illegal aliens from all over the world to invade the United States.

At least this wicked Congressman is advancing an element of my interest as an American citizen.

Ryan's legislation fails big time, getting fewer votes than the Goodlatte bill, which was way better but still not good enough.

It's over, folks. There will be no amnesty bill of any kind. The Open Border Left and the Chamber of Commerce wanted cheap labor, cheap votes, and cheapened citizenship and sovereignty, and they won't get any of it at all.

I am waiting for Paul Ryan to announce his departure next. Ryan, You're Fired! 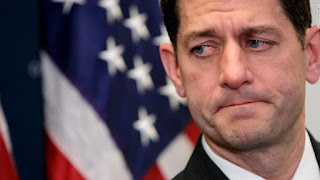 Posted by Arthur Christopher Schaper at 11:35 AM