The Republican Party is in worse shape in Hawaii than any other state in the union, including Rhode Island and other New England states.

Most Americans don't consider what's going on in the island nation to begin with, since the mainland's conflicts and politics have become so fraught, to begin with. For the last 18 years, a tight cadre of RINOs, including the current National Committee Members representing Hawaii, have run the state party in the ground. The wasteful spending, the misuse of time and resources, the inaction on registering voters, vetting candidates, and organizing campaigns is beyond disgraceful.

It has been a rough few days for Republicans, who lost big in mayoral and gubernatorial races across the country in Tuesday’s election. But Shirlene Ostrov knows it can be much worse.

She is the chairwoman of the Republican Party in Hawaii. 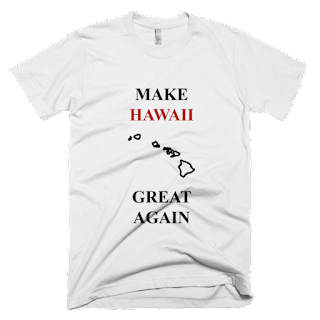 The job can be lonely and thankless. Her party is teetering on the edge of extinction here.

The last time Hawaii had a Republican in the U.S. Senate was 1977. Since becoming a state in 1959, it’s had just two GOP members in the U.S. House of Representatives, most recently in 2011.

In the state Senate, all 25 members are now Democrats, since a lone Republican, Sam Slom, lost his reelection bid last November after 20 years in office.

In the 51-member state House, there are five Republicans — down from six in March, when one switched parties after denouncing President Trump. 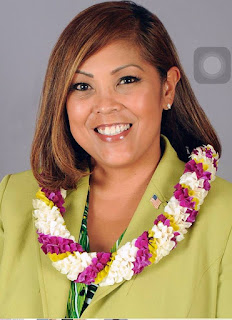 “Obviously, it’s disappointing to lose,” Ostrov said about the defeats of Republicans last Tuesday in gubernatorial races in Virginia and New Jersey. “But I see the numbers, and the Republican Party in the contiguous United States is doing amazing.”

Again, this report was published in 2017, about a month after those untimely losses.

Republicans not only have the presidency and Congress but a lock on the majority of statehouses and governorships, she was quick to point out.

“In Hawaii, the picture is different,” she said.

Last year she ran for the U.S. House and lost to a Democrat who received nearly three times as many votes. It was a typical showing in what is essentially a one-party state.

She lost badly, and of course the paper wouldn't bother to report who the current Congresswoman is. She has as terrible record, by the way: Colleen Hanabusa. She gave one of the worst interviews on record with Bill O'Reilly a few years ago. (See here)

“The success of Republicans nationally has had little effect in Hawaii,” said Patricia Saiki, a Republican who represented the state in the U.S. House from 1987 to 1991. “If anything, it solidified the Democratic grip here.” 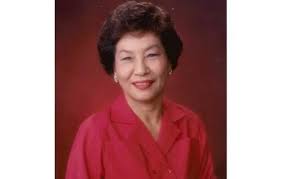 What a loser! She's just bitter because for all her political preening and machinations, she has nothing to show for her bad efforts in the state. Saiki is leaving in the Reagan-era past, where moderate Republicans oftentimes got away with being moderates, and much of it came from the fact that the two political parties had shifting ideological allegiances. The two parties still had geographical constituencies, for example.

There was a time when Republicans held most of the power: when Hawaii was still a territory and controlled by white landowners. But as statehood approached, Native Hawaiians and Asian immigrants working on sugar plantations waged union campaigns — the beginning of a Democratic takeover.

The Republican Party’s best stretch since then was the eight years that Republican Linda Lingle served as governor, the second member of her party to hold that office. Her term expired in 2010.

Was she that good? Many conservatives tell me she was a total let-down. When she ran for US Senate in 2012, she posted her picture next to President Barack Obama in flimsy way to gain favor with Hawaiian voters. How well did that work out for her with Republicans, though? She also supported the tax hikes and crazy transit rail system eating away at the state's already depleting coffers.

It’s not as though Democrats have solved all the state’s problems. Hawaii has the nation’s highest homelessness rate, and in Honolulu, some of its worst traffic. Still, Republicans keep losing.

The Democrats don't solve problems. They routinely create problems, divide voters, and continue ripping off everyone in the state.

Last November, it was no surprise when Trump received 30% of votes cast by Hawaii residents — his lowest total in any state. Perhaps already knowing the results, many Hawaii residents didn’t bother to vote. Turnout was 43%.

Even lower than Rhode Island.

Things have only gotten worse for the party since then.

In January at the Women’s March in Honolulu, state Rep. Beth Fukumoto, one of the party’s biggest hopes in Hawaii, criticized Trump for “racist and sexist” remarks.

She's a liar and a total fraud. She has no integrity. The only reason the GOP caucus got behind her is that she was young. Young people like her, however, have no backbone, no capacity to stand up for what is right.

Her five Republican colleagues responded the next month by telling her to drop her post as House minority leader.

Fed up, she left the party in March and became a Democrat. This month, 34-year-old Fukumoto announced she was considering a run for Congress.

"Fed up"? Really. How about the voters in her district who sent her to the state legislature to represent them honestly? What about her votes to raise taxes and fees? What about her routine betrayal of the best interests of Hawaii residents?

Many Republicans in Hawaii lean to the left of their mainland counterparts, having taken up causes such as climate change and income inequality.

That's why they keep losing.

Fukumoto says statements by Trump on Muslims, women and immigrants are likely to damage the Republican Party’s standing in Hawaii even more.

What did Trump say about "immigrants"? I have to put the word in quotes, since most people conflate legal and illegal immigration.

“The party in Hawaii is now the party of Trump, and I think the association is going to hurt them,” she said.

She's another fraud, a total RINO not interested in any kind of leadership or sense of victory.

“Elections go in cycles, and we’ve been in a difficult downward cycle that’s hard to escape,” she said. “But we have a lot of people who are Republicans but just don’t know it. They are traditional Democrats because that’s how their family voted.”

They have continued to vote Democrat because Hawaii's Republicans refuse to offer anything different, substantive, better.

Reminder: This article was published in 2017. President Trump continues to gain support for regular, working people throughout the country. Unfortu

Party members wanted him to formally meet with them, but the closest they got was the tarmac at Joint Base Pearl Harbor-Hickam, where they snapped selfies next to him in a lei after Air Force One landed.

Isn't that nice? Here's an idea: how about representing the best interests of working Hawaiians? American citizens, not illegal aliens, public sector unions, and welfare queens.

His schedule included visits to U.S. Pacific Command, the USS Arizona Memorial at Pearl Harbor and a stop at the Trump hotel in Waikiki — the owners license the Trump name — before he flew to Japan.

Mike Huckabee arrived as a fundraiser-speaker of sorts. Did the Hawaii GOP make any money? One has to wonder.

At a fundraiser outside Honolulu, the former Arkansas governor and father of White House Press Secretary Sarah Huckabee Sanders spoke for nearly an hour about the future of the party, both locally and nationally.

Huckabee said it didn’t have to be that way. “You are not destined to be the minority party for the rest of your lives, because you have a message,” he said. “You have core convictions and values that, quite frankly, I believe resonate with people wherever they live.”

But that's precisely the problem, Huck. The Hawaii GOP leaders do not have core convictions. They don't want to win elections. The party brass just wants to hold onto power, sit at "the cool kids' table", appear once in a while in the press as the bipartisan saviors of everything good, and then demonize Eric Ryan and the Hawaiian Islands Republican Assembly, the only real Republicans left on the island.

Ostrov, the state party chairwoman who helped organize the event, said one of its goals was to raise money to bring more diverse communities into the Republican fold.

“There are a lot of people who are not happy with how the state is run, such as with our incredibly high taxes,” she said. “I hope for Hawaii to one day have a healthy, vibrant two-party system.”

Good luck with that, Shirley, as long as you keep doing what Miriam Hellreich and the other hell-raising RINOs tell you what to do rather than listening to the best interests of the voters at large.

For now, though, when things go wrong in Hawaii, Ostrov said, “You don’t have to think hard about who’s responsible.

But don't forget the RINO Republicans who act like Democrats. Not one elected Republican in the state legislature takes a firm stance against the Democrats' profligate waste, spending, and cultural corruption. The only force  for good in Hawaii remains with the churches. The Christian communities are becoming more active. There is so much failure on the island, and the homelessness crisis has only exploded from bad to worse. The rising cost of living is a real shock, and combine that with the fact that people can't simply cross the border into another state.

Hawaii is in deep trouble, but right now there is no Republican Party to compete with the corrupt Democratic dominance and the Republican establishment to remove this crony, progressive chokehold on state power and liberty. 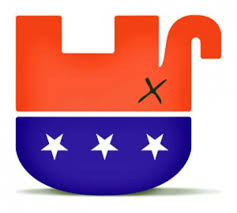