Ontario, Canada is one of the most liberal provinces in the Great White North.

They have had 15 years of Liberal Party governance, which has led to massive water, electric rates, plus other cost-of-living burdens which Ontarians can no longer afford. 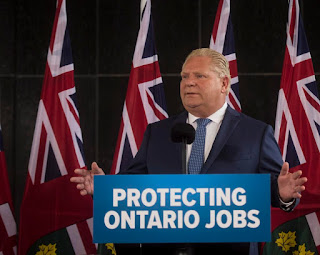 What happened this year was another political earthquake, this time North of the Border.

Right-wing populism is on the move, and now it has come to Canada. Doug Ford, the older brother of the late, great, brash, and somewhat silly Toronto Mayor Robert Ford, will become the next premier for the Ottawa, Canada Parliament.

The first part of his political platform? Repealing--yes, repealing--Cap and Trade.

While 8 Republicans in the California State Assembly and one State Senate--the supposed "conservative" party in the state of California, voted to continue the Cap and Trade program, real conservatives in Canada ran on an epic platform of cutting costs, cutting spending, and cutting out the Big Green Agenda.

This is huge, folks, especially because Canada has become a socially liberal bastion in which even Christians' rights to freedom of speech and expression are under attack like never before. The federal parliament just legalized marijuana, too.

Here's the latest report about Doug Ford and the conservatives' actions to repeal Cap and Trade:

TORONTO – With Ontario’s cap-and-trade system headed for the chopping block, several green initiatives and projects funded by the program are also on their way out – and some environmental advocates and experts say more rollbacks are likely as the province swears in a new Progressive Conservative government focused on cutting costs and helping business.

Sounds just like what President Trump is doing to roll back Obama's anti-business, anti-free market socialist agenda. Ford and the Progressive Conservative agenda is such a threat to the left-wing political order, that Canadian Prime Minister Justin Trudeau intends to do everything he can to prevent the Ontario premier-designate from enacting this plan.

Ford and the Conservatives (the "progressive" part is a holdover from previous governing coalitions) are fighting for working people, and the coalition does not hold back their contempt for the political class on every side of the aisle. The other major third party is even more left than the Liberals, so it is very likely that Trudeau will get swept out of office in 2019, when the next Canadian federal elections are called.

But there's more to the upcoming Ford Administration.

He wants to keep jobs and economic growth in his province. He wants to see the government looking out of the best interests of his fellow Ontarians. This is the same populist mindset which President Trump has emphasized from his campaign to the present day as President: put Americans First.

Ford wants to put the needs of Ontarians first.

Even though Canada is a substantially liberal state on cultural issues at this time, more parents and concerned pro-family groups are starting to fight back. The ruling from a British Columbia Supreme Court against Trinity Western University, which must either surrender its commitment to Biblical values or give up its accreditation as a law school. This is bigotry at its worst, and the Canadian political class are shoving this hate down the throats of law-abiding Canadians. 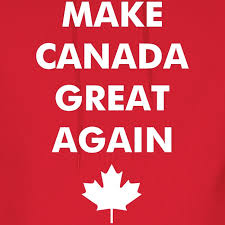 Doug Ford, however, is a pro-family man, and will probably be ducking out of the latest gay pride parade, too. Let's hope that cultural conservatives will take a stand with this new government and push them to put the needs of working families first, both working and family. He has also voiced concern and interest in putting the needs of Canadians first.

Yes, illegal immigration is a growing problem for the country just north of us. So much so, that even left-wing prime minister Justin Trudeau has warned illegal aliens now fleeing the United States not to come to Canada.