Presidential pardons have fallen under renewed scrutiny. Critics contend that President Trump is helping friends and fellow conservatives. He pardoned Sheriff Joe Arpaio following his conviction at the hand of a liberal federal judge. Trump also pardoned Kristian Saucier, who was convicted of federal crimes for taking photos in a submarine. The public reads heavy condemnation about these pardons because of the deranged anti-Trump media, still unable to get over the fact that Hillary Clinton isn’t queen. They merely want to justify their unjustifiable hatred of this President. Trump should issue a blanket pardon for press agents like Jim Acosta, Rachel Maddow, and their illiberal ilk. They have engaged in massive corporate fraud and deception for decades. But for their progressive propaganda promoting Barack Obama, communist dictators, and left-wing talking points, this country would not have faced the mess that Trump has had to take on for the last two years, often single-handedly. 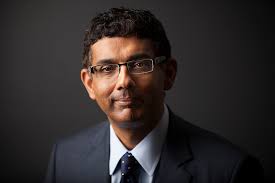 Trump’s latest pardon to invite press/establishment calumny features Irving Lewis “Scooter” Libby, the former chief of staff for Vice President Dick Cheney and then assistant to President George W. Bush. Libby’s nefarious crimes? Obstruction of justice, perjury, giving false statement, and much of a result of overzealous prosecution, all of it connected to leaks over former CIA Agent Valerie Plame. In light of the decrepit character of executive institutions today, the Deep State two-step of these federal agencies should have raised major alarms a decade ago. Live and learn, I guess.

Shortly after Libby’s conviction, President George W. Bush merely commuted part of Scooter Libby’s sentence, probably fearing backlash from the liberal media. Nevertheless, the chattering classes went clickety-clackety crazy. Fareed Zakaria (the same pseudo-journalist with plagiarism issues) decried the President’s pardoning power as outlined in the United States Constitution. He suggested on “This Week with George Step-on-all-of-us” that Congress and then the country should remove this power.

According to historical sources on this contentious Presidential power, Founding Father Alexander Hamilton had argued for this provision, and the Constitution convention added it to the final charter, in order to secure the peace and freedom of competing combatants. Domestic insurrections were a looming concern, and the best way to ensure peace was to permit pardons for warring factions. Fair enough. To err is human, to forgive is divine, right?

The Framers were prescient beyond their years. Toward the end of the Civil War, President Lincoln intended to issue full pardons to every Confederate soldier who would repledge allegiance to the United States. “What is the best way to defeat an enemy? Make him your friend.” His successor, Democrat Andrew Jackson, issued a blanket pardon on Christmas Day 1868, despite (or perhaps because of) the animus between Executive Branch and the “Radical” Republican Congress. Such measures helped shore up sore feelings throughout the country. A century later, President Gerald Ford smoothed away a constitutional crisis by issuing a pardon for President Richard Nixon. George W. Bush also pardoned Bill Clinton, which offered a just outcome. There was no way a D.C. ultra-Democratic jury would have convicted Bubba for his perjury to a grand jury.

Presidential pardons should remain an option for many compelling reasons. No doubt, domestic insurrections are a thing once again (see California and the other deep blue dictatorships along the West Coast). Besides, a country cannot remain peacefully established on vengeance and political gamesmanship at every level, with every passing administration. Even the ancient Athenians enacted a blanket amnesty following the most destructive civil war in the city state’s (and perhaps world’s) history.

Pardons can also combat new, growing problems: Deep State corruption, overzealous prosecution, and judicial activism. In the case of Sheriff Joe, the court order was unconstitutional. In his trial, he was not permitted a jury! Someone tell me how any of that is legal. Judicial tyranny is a threat to our Republic, and presidential pardons are essential to chipping away at the dictatorship of the bench. As for overzealous prosecution … Mueller and company are on a witch hunt, wasting millions to look for crimes. Trump pardoned Libby to signal how he will scuttle prosecutorial abuses. 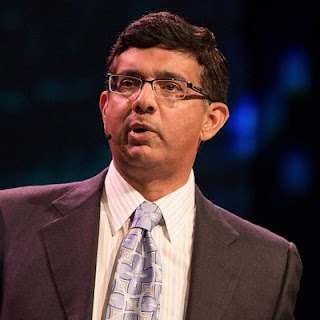 But One criminal case comes to mind for which Trump needs to issue a pardon: Dinesh D’Souza. The case may have faded from public memory, so here’s a brief recap. He was arraigned in a Manhattan federal court for a $20,000 campaign violation, exceeding arbitrary limits. He asked a friend to donate to a friend since he had reached his limit, then D’Souza paid back her friend. This case highlights how criminal law has lots its bearings and basis in mens rea, or criminal intent. People are going to jail for breaking laws they know nothing about! On top of that, this case showcased the aggressive, selective enforcement of the Obama Administration and his coven of left-wing US attorneys. Other people had skirted campaign finance laws and spent more money doing so but got a slap on the wrist.

D’Souza was prosecuted, convicted of a felony. His otherwise liberal attorney was flabbergasted at the outrageous conduct of the federal court and judge. There was no reason for D’Souza to be sent up the river like that. None. The evidence suggests it was political prosecution at its worst from Obama. Congressional investigations discovered a file with his name on it and a special direction to go after him. These developments have confirmed that the FBI was particularly targeting D’Souza.
This Deep State persecution must be confronted, condemned, and closed down. I can’t think of a better way to do this than for President Trump to pardon Dinesh D’Souza. President Trump should not hold back from issuing a full pardon for D’Souza. His “crime” was skirting campaign finance laws, which really are bad laws to begin with. Former US Senator and Presidential candidate John Edwards (a corrupt and despicable US Senator if there ever was one) faced unconscionable indictments for purported campaign finance crimes, but was acquitted.