Open Letter to Yolo County GOP: Tell Board of Supervisors to Stand with ICE

My name is Arthur Schaper, a CAGOP delegate from Torrance, CA, in Los Angeles County. We are mounting a growing effort throughout the state to stop Sanctuary State, and we have had commensurate victories in Southern California.

Now we need to get some victories going on in Northern California, too, along with the North State Counties which have already opted out of SB 54 (Tehama, Siskiyou, Shasta, El Dorado, etc).

You need to mount protests and get people to attend the next Yolo County Board of Supervisors Meeting.

They are planning to remove ICE completely from the county jails!

Here is all the information you need:

Email addresses to Yolo County Board of Supervisors and staff:

Here's the article detailing what they are planning to do:

Below, you will find a template letter to send to them to OPT OUT of SB 54, Sanctuary State.

PLEASE Get the word out. 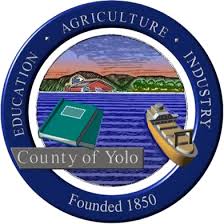 The Yolo County Board of Supervisors Meeting:

My name is _____________, a life-long California resident deeply concerned about SB 54, the sanctuary state law which is endangering our public safety officers, our businesses, and our fellow citizens.

I am writing this extended letter to all of you urging the city to pass an ordinance/resolution rejecting compliance with the unconstitutional California Values Act, i.e. SB 54. The legislation creates a direct conflict for municipal governments between compliance with state and federal law.

This crisis must be resolved, especially for private firms who must comply with federal law, yet face fines and prosecution from the state attorney general for doing so. The same holds true for police and other public safety and civil servants in the state of California. This schism between federal and state law is untenable.

We are a nation of laws, and cities can draft ordinances/resolutions that reflect not just the oaths of office taken by every elected official, but also the Supremacy Clause of the United States Constitution (Art. VI, Sec. 2)

The City of Los Alamitos has submitted and approved an ordinance called "Constitution of the United States Compliance," which resolves the above conflict for their city, civil staff, residents, and businesses. They have opted to disregard SB 54 and comply with federal law.

Entire counties in Northern California have already opted out of SB 54, refusing to disobey federal law, including Tehama, Siskiyou and Shasta counties. Kern County still cooperates fully with ICE, too. The Orange County Board of Supervisors just passed a resolution condemning SB 54 and filing an amicus brief with the Department of Justice against the State of California. The city of Mission Viejo has done the same thing, along with the city of Yorba Linda. The week of April 2, 2018, the cities of Huntington Beach and Aliso Viejo will be considering similar ordinances, too. Glendora, Murrieta, and other Southern California cities are exploring their options, too,

Sheriffs throughout the state are rejecting this lawlessness. El Dorado County Sheriff John D’Agostini officially asserted that he would comply with federal law, not the contradictory state law. Orange County Sheriff Sarah Hutchens has released the information on all inmates and their release times, including illegal aliens, in full cooperation with federal agencies and in defiance of the unlawful, unconstitutional California, Sanctuary State legislation. Even in Los Angeles County, Sheriff Jim McDonnell has taken every step possible to ensure public safety and cooperate with ICE in spite of repeated pressure from Sacramento politicians, the left-wing Board of Supervisors, and open-border advocates.

Here are the news articles announcing Los Alamitos’ decision to opt out of SB 54:

[CITY] can and must do the same. The city has the authority and the responsibility to do so.
I have provided a template attached with the exact same language as the ordinance passed in Los Alamitos.

Of course, the [CITY] city council should direct legal and civil staff to look over the language of the ordinance to affirm that everything is in proper order.

[CITY] should take on the state legislature's affront to the rule of law imposed on California's municipalities because of SB 54. The city has taken the lead on many issues. This is one core matter which the city can and should take a stand on.

Thank you for your time.

Posted by Arthur Christopher Schaper at 10:21 AM