The city of Torrance is filled with wonderful people, many of whom share different opinions on a variety of issues. I don't agree with everyone, and no one should. That would be crazy, and that would certainly make life boring or cantankerous--or both!

There are a number of Facebook groups in which people from all over the city can join in and share their views, complain, compliment, or just compare experiences and share their thoughts about the city and the people who live and work there.

There is one group that I was interested in joining, the Torrance Community Group. It seemed nice enough. When I applied to join, however, I find that the group just disappeared! It looks as if they blocked me from joining.

I have received a number of really interesting posts out of that Facebook group, though, which may explain why they did not want me to join.

I was really shocked to find out that many of the posts in Torrance Community Group are dedicated to attacking, maligning, and even outright defaming people in the city. Torrance is better than that!

I was one target.

In fact, a good deal of the rancor exhibited towards me was particularly amusing, and I feel compelled to share it with all of you. This stuff is funny, and in many ways gratifying and vindicating in my work exposing and confronting hateful, bigoted people in the city of Torrance who have shamed, defamed, and dishonored others for a long time on social media.

What can I say? I love my haters! 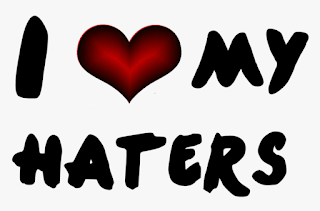 the acute onset of paranoia in otherwise normal people in reaction to the policies, the presidency—nay—the very existence of Arthur Schaper.

In the next series of posts, I will be sharing to how great an extent "Schaper Derangement Syndrome" has afflicted some people in the city of Torrance, i.e. the contributors to the "Torrance Community Group" on Facebook. Furthermore, I will be sharing how despire their nasty attacks against me and others, I still hold my head high, and laugh out loud, remembering the wonderful promise in God's Word:

"Therefore I take pleasure in infirmities, in reproaches, in necessities, in persecutions, in distresses for Christ's sake: for when I am weak, then am I strong." (2 Corinthians 12:10)