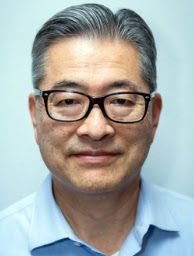 The election for Torrance City Council District One was the most contentious.

Two Democrats, one Republican, and an Independent: Jon Kaji.

And Kaji carried the seat by the widest margin of any of the candidates running for office in the city of Torrance!

Like George Chen, Lauren Cotner, and even Aurelio Mattucci, Jon Kaji ran as an outsider. He had never served on a Torrance commission, and he did not brown-nose a bunch of political insiders to get their support.

In fact, the RINO establishment pick for this race was David Kartsonis, the same candidate who had racked up every major endorsement across the political spectrum in his bid to become a member of the El Camino College Board of Trustees ... and lost.

He was too young, according to a number of people in the city, and he was too connected with the political status quo. Even some of the more engaged Republican activists were turned off to Kartsonis' campaign when they found out he was connected, supported by the local teachers union. Of course he would have their support, since he had garnered the backing of a number of government public sector unions during his time with the El Camino College district.

Then there were two Democrats: David Zygielbaum and Jimmy Gow (please, stop laughing).

Zygielbaum is a good dude. He's a respectable guy. He cares about public safety, and he listens to other people with a willing ear. I have met him a few times at the Torrance Commission trainings in the past. I have no qualms with him per se. Yes, Pat Furey endorsed him, but that's not the end of the world for me.

Jimmy Gow, on the other hand, was the clearcut partisan favorite for every activist Democrat in the city and throughout Los Angeles County. Jimmy Gow boasted endorsements from every Democratic Party elected official in the region!

Jimmy Gow had a veritable Who's Who of the California Democratic Party lined up behind him.
Yet he not only lost, but the other Democrat in the race, Zygielbaum, got more votes than he did! It's pretty shocking, to put in mildly. District One is about 70% Democrat, based on the latest census data that I have read.
And yet voters went for a registered Independent!
I was really honored to participate in this fight. I am glad that I could help (a little) to get Jon Kaji across the finish line. Of course, Kaji, who has extensive connections and a long history of contacts and support with the city of Torrance, relied on a great deal of support from many others, too.
Kaji was endorsed by Democrats, Republicans, and Independents.
Kaji raised a considerable amount of money for the city council race, too, around $120,000. His extensive business and cultural networks enabled him to do very well in this race--and he certainly deserved to win.
This race was a big victory for the everyday citizen and the outsiders generally. The RINO establishment lined up behind Kartsonis, and the Democratic Establishment lined up behind Gow, and they both not only lost, but they were the bottom two vote-getters of the four candidates, too.
Which brings up another set of observations ...
1. It's become crystal clear to me that Torrance voters are not interested in crass, outspoken partisanship. They want real representation and good governance. They want able adults to do their job, to keep the city safe and to keep the funding stable for all core services.
2. Torrance is not like Santa Monica or West Hollywood, not just in terms of ideological bent, but in terms of the fact that city residents are not interested in political posturing of any kind from their elected officials. The voters here are rightfully consensus-based conservatives, not so much looking for right-wing political agitation, but they want deliberate changes, if there must be changes at all.
3. Torrance residents wants the city council and mayor to represent their interests and listen to their concerns. They are tired of the political class focusing on themselves and not listening to residents. They are fed up with the Furey-Scotto phalanx which allows for business-as-usual while ignoring the needs of everyone else.
Jon Kaji won a blow-out victory in District One. He was attentive to the needs and concerns of residents throughout the district. He stuck to local issues, and relied on years of good will that he built up with local residents and business owners throughout the region. We need more city councilmembers with the same kind of drive and attention to detail.
Posted by Arthur Christopher Schaper at 9:15 AM