Democrats Are Grifters, Too 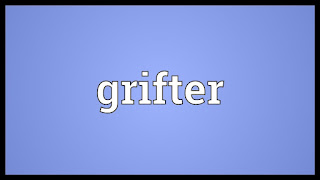 Check out this outrage from progressive abortion activists:

“My rights should not be a fundraising point for the Democrats.” 💯💯💯 pic.twitter.com/6hNLQ5tZry

The Democratic Party demagogued the abortion issue for decades. They always claimed that they cared about a "woman's right to choose." The funny thing, though, is that Democrats had strong majorities in Congress for decades, and yet they did nothing to codify Roe v. Wade into law.
When Barack was first elected in 2008, he commanded a filibuster-proof majority in the United States Senate along with broad majorities in the House of Representatives.
And instead of codifying abortion once for all, he focused on Cap-and-Trade (which died in the US Senate without a vote), and then pushed Obamacare, which was so roundly hated that Democrats lost 63 seats in the House in 2010.
Republicans gained six US Senates, too. People were so angry at Obama and his wasted political capitol.
Now, here were are in 2022, and the United States Supreme Court has struck down Roe v. Wade.
Oh, Happy Day indeed!
This is a huge victory for the conservative cause generally, for Republicans particularly, and for President Trump completely.
What makes this victory so ... vindicating is that the Democrats are losing their base, votes, and money because of this issue. They promised, they fundraised, they begged, they pleaded for progressive voters to stick with them, that they would do everything in their power to protect abortion privileges.
And when they had the power, they did nothing with it.
Check out this epic rant from a frazzled progressive:

This guy is tired of the fundraising emails, too.
In a sense, though, I can imagine how frustrated these left-wing activists are. For decades, Republicans have faced the same frustrations and disappointments from national Republican elected officials. They said they would repeal Obamacare, and they did not. They said they would secure the border, and many of them reneged or ran away from the pledge.
They also said that they would End the Fed, stop the taxation, and that they would curb the excessive spending, which they have never done.
The biggest difference between Democrats and Republicans, at least among the grassroots, is that we Republicans learned a LONG, LONG time ago that Republicans in and of themselves were untrustworhty. We have carried this healthy suspicious of the state for a long time. We know that the government is full of liars, cheats, and thieves, and we were never under any pretense that they will follow through on anything they promise to do, unless we push them.
Also unlike the Democrats, we had President Donald Trump. He was an outsider, a disruptor, someone who was beholden to no one. He accomplished many of the promises he had outlined on his political platform. He came through for us on many issues, and even when he failed on some issues, we did not throw up our collective hands and give up. Trump really cares about this country, and the voters who supported him picked up on that caring.
Democrats have no "Trump-like" equivalent. Even Bernie Sanders, the outspoken Independent Socialist, has sold out his morals, becoming a best-selling writer and millionaire. He has abandoned the fight for his crypto-communist agenda, and at the end of the day, he is too cowardly to fight for what he believes in, anyway.
Democrats have so much to grieve from these past two weeks. President Trump came through on so many promises, he delivered a winning conservative majority on the United States Supreme Court, and he has accomplished one of the most fundamental platforms of the Republican National Committee: the repeal of Roe v. Wade.
Democrats are still waiting for single-payer healthcare (which they will never get). They are still waiting for the massive corporate tax hikes. They are still clamoring for some sort of Green New Deal (which will also never happen.)
In fact, Democratic partisans, progressive activists, and left-wing agitators are really feeling the heat, since conservative activists have learned to fight hard, fight back, and not accept less than everything that is best for our country. Unlike regressive leftists, made conservatives and common-sense citizens have children, they own property, and they want to protect their progeny and their legacies. They will fight for more than power for power's sake.
Democrats, progressives, regressive leftists have nothing to fight for, because they do not believe in anything. They have embraced nothing but a transvaluation of values, and now they have nothing. What's worse, they have endured one of the most rigorous political disappointments and cultural defeats in a generation.
And I am loving every minute of it!
For the longest time, I assumed that Republicans were the grifters. After all, Dinesh D'Souza explained to a young conservative in Letters to a Young Conservative that conservative in general care about money, while liberals care about power. Over the last six years, conservatives have learned to care about power, and they no longer shrink away from using their newly-acquired power to do good, to further their causes, to promote their agenda.
The grift is no longer enough for conservatives and common-sense constitutionalists. We expect results, because Trump delivered. Democrats are going to find out, however, that the elected officials whom they have trusted are not up to the task of delivering. They don't want to. They don't care, because they never did.
Posted by Arthur Christopher Schaper at 7:21 PM