Canadian father facing prison for not cooperating with teenage daughter’s “transition” to male by school and “gender clinic.” Is this OUR future?

Arrest warrant to be served on father this Tuesday for “illegally” discussing details of his daughter’s ordeal. Trial coming up in next month. Faces 5 years in prison.

See chilling video (below) of MassResistance interview with father. 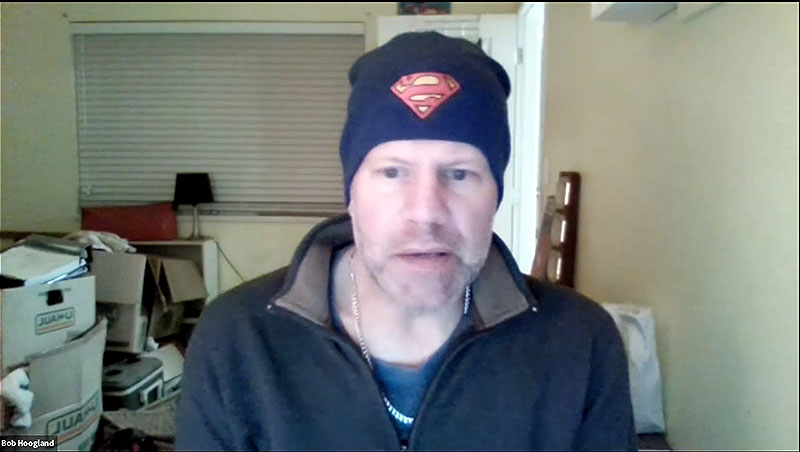 Rob Hoogland in his apartment preparing for an undetermined jail incarceration. He took some time to tell us his thoughts.

Few of us understand how truly evil and tyrannical public officials can become in their efforts to appease the LGBT movement’s unbridled obsession with pushing their agenda on children. Unfortunately, most people don’t contemplate that previously unimaginable excesses by the state (as writers like Aleksandr Solzhenitsyn warned us) are never too far away.

The government of Canada has decided that if a parent does not cooperate with his minor child’s decision to have a sex-change operation, he will face criminal punishment – including prison time.

As we reported back in February 2020, Rob Hoogland of Surrey, British Columbia is living that horror story. The courts there have ruled that his 14-year-old daughter, who believes she is “transgender” (thanks to school propaganda), can be given medical procedures to “change” her sex to a boy – despite her father’s fierce objections.

These procedures include puberty-blockers, opposite-sex hormones, likely followed by surgical procedures. According to the “gender clinic” hospital’s own consent form (which the father refused to sign), these drugs are experimental and will cause sterility and other dangerous side effects, such as unhealthy bone growth. The effects are irreversible. But the judges and other government officials are ignoring those dangers.

But Rob has refused to abide by that draconian gag order. He has been interviewed in various conservative media and has named the hideous doctors at the “gender clinic,” LGBT lawyers, judges, government officials, police officials, and others who have contributed to this destruction of his daughter’s body. And MassResistance has supported him throughout most of this ordeal.

In addition, anyone in Canada who has posted articles or videos that disobey that ban and publish Rob's comments has been ordered to remove them under threat of arrest.

Facing prison time for revealing what is being done

What is happening to Rob now is every parent’s nightmare. He is now considered a criminal.

On April 13-16 he faces a criminal trial for the “crime” of publicly discussing the names of the doctors. He could be sent to prison for five years.

This Tuesday, March 16, he will also be in court and will be served with an arrest warrant for recent “crimes” of talking publicly about his daughter. He will likely be sent to jail for at least 10 days, and possibly until his April trial begins.

But unlike a lot of parents who would have cowered and given up under this kind of tyranny, Rob Hoogland is resolute about fighting this battle. On Thursday he talked with Arthur Schaper of MassResistance. 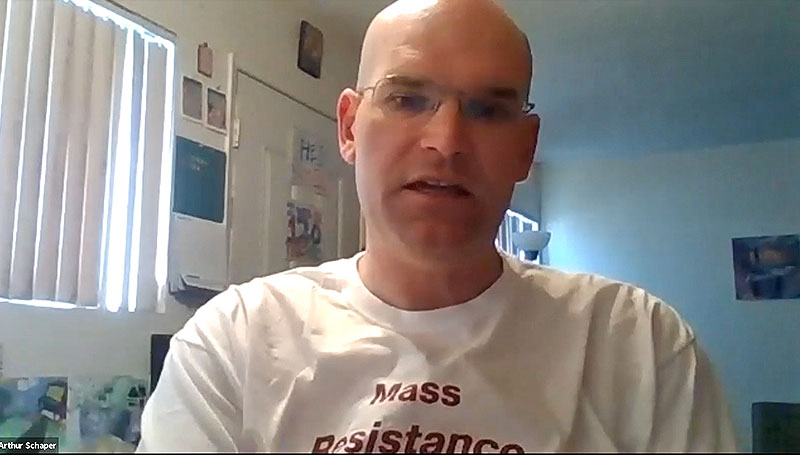 This is one of the most fascinating interviews we’ve ever done:

Here’s some of what Rob told us in this interview:

I’m thinking about these doctors. Here I am facing time in prison. And these two doctors who are so proud of the work that they do in transitioning children are actually cowards hiding behind children. They are continuing to commit what I consider crimes against humanity. And they are using the government to silence me so that I can’t call them out on this. If they are so proud of it, why are they in hiding? Why won’t they come out and tell everybody how great it is what they are doing?

This speaks volumes as to what they’re trying to cover up. They don’t want you to know what they’re doing with your children. And by disguising it as a “policy” they don’t have to tell parents what’s going on with it. What they will tell you is that it is used to protect children from their parents. How insane is that? Because, they are saying, "Parents are biased, parents will discriminate, parents will do all these terrible things because they don’t agree that their child who is a girl, is really a boy. So we need to protect these children from their parents."

They’re taking kids during school time out to get [hormone] shots. Parents don’t know what’s going on until it’s too late. They’re not even informing parents that their child is being “transitioned” anymore.

Rapists get two years in prison. I’m looking at five years. Put that into perspective. That tells you how important this is to the government in their experimenting on children.

But these kids are going to be handed a life sentence. It’s irreversible. They will be sterile. They won’t have families. A lot of them will eventually choose to commit suicide because you’re compounding their mental health issues with this. They’ve been falsely told that they can change from a girl to a boy, which is impossible, and now they’re somewhere in the middle. So my five years is nothing compared to the prison these kids are being put into for the rest of their lives.

There’s that moment where a court tells the parent who’s against this that their child’s going to be given cross-sex hormones regardless of what they want. And that moment is such a defeating moment because you know that your child is now going to be irreversibly damaged. And to sit and watch that happen knowing it was completely avoidable is the worst feeling for a parent.

A lot of people are still in denial about all this. They’ll hear my story and say, "Rob must be exaggerating. It can’t be like that. This is Canada. There’s no way this can be happening."

You guys at MassResistance are one of the leading examples of how we need to fight this, because we’re beyond diplomacy on this matter. We’re at war. And people have to wake up. We’re not going to “negotiate” with them anymore. It’s like negotiating with terrorists who are experimenting with your children. You can’t do it. So people need to stop pretending that’s a path forward. This is a war for the lives of our children and future generations. That’s why I love what you guys do at MassResistance because you recognize this is a war.

Those who think that this madness will never come to the United States, or other countries, are deluding themselves. The LGBT movement is insatiable, and the unending willingness of public officials to do its bidding has a long history already.

We will keep you informed on what happens to Rob Hoogland – a very remarkable person in these dark times.