Countries, empires, civilizations tend to collapse from within, not from without.

And that's what is happening to the Western World in general.

The United Kingdom has stopped believing in its rich, Christian heritage. What has happened? The nation has become overrun with radical Islam, homosexuality, and other divergent, perverse agendas.

Look what is happening in Canada?

Look at what is happening in America.

Among all of these parties, which one is the most destructive to the United States of America?

The Democrat Party, because they are communistic, secularistic, and atheistic on an unprecedented level! 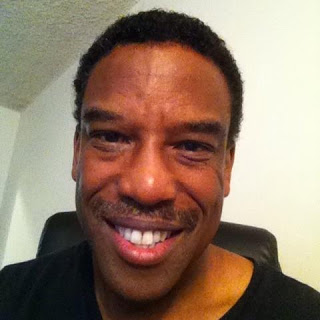 “At what point then is the approach of danger to be expected? I answer, if it ever reach us, it must spring up amongst us. It cannot come from abroad. If destruction be our lot, we must ourselves be its author and finisher. As a nation of freemen, we must live through all time, or die by suicide.” ABRAHAM LINCOLN
* Source—The Perpetuation of Our Political Institutions:
Address Before the Young Men's Lyceum of Springfield, Illinois
January 27, 1838
http://www.abrahamlincolnonline.org/lincoln/speeches/lyceum.htm
Thursday on the radio, LevinTV host Mark Levin asserted that the sovereignty of the United States of America faces a greater threat from the modern Democratic Party than from any of her foreign enemies.
The immediate threat that we face in this country is from the Democrat party, now that the constitution has been so bastardized — now that so many of the protections that the framers built into our system have been destroyed. Radical, extreme factions, which they feared greatly, can drag this country into hell. Who do you think’s rooting for the Democrat party in this country, other than of course the media, cause they’re one in the same? Our enemies. China loves the American Democrat party. Xi. Putin loves the American Democrat party. The Islamo-Nazis in Tehran: same. The inbred in North Korea: same. Our enemies love the modern Democrat party. Who else? The Palestinian terrorists. Hezbollah. The Iranians love the modern Democrat party. And the Syrians for sure, because they have a deep affection for Nancy Pelosi, who went over there a few decades back and slobbered all over the current killer’s father,” Levin said.
* Source—Levin: 'The immediate threat that we face in this country is from the Democrat party'
https://www.conservativereview.com/news/levin-immediate-threat-face-country-democrat-party/
"Rebellion to tyrants is obedience to God." Thomas Jefferson
Posted by Arthur Christopher Schaper at 10:05 AM