Sorry for those of you who may have received this email, but I am sending it again to many others whom I had missed on my SOuth Bay, AD066 lists.

I will have talking points provided for everyone so that you can confront Al on key issues, including the ones I have listed below, but also to fight this horrific Sanctuary State Law and other concerns. 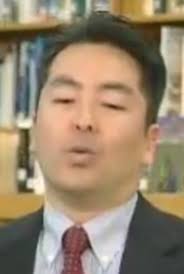 So,  here's the latest event with your assemblyman Al Muratsuchi:

We need people to show up and give Al HELL!

Here are some really bad bills in the state legislature:

SB 145  -- pedophile amnesty -- it would allow sex offenders to stay off a registry if their victims are less than ten years younger than the offender, i.e. the difference in ages between the two individuals is less than ten years.

http://leginfo.legislature.ca.gov/faces/billNavClient.xhtml?bill_id=201920200SB145
AB 175 -- codified gender dysphoria for foster children -- would punish parents and others for not using "preferred pronoun" with a child. This is targeted child abuse, and that is wrong.

I want to focus on these anti-family bills above.

But you can also talk about the other things 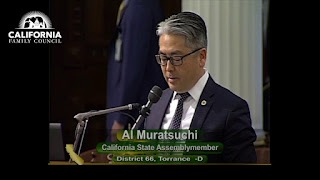 SB 50 -- This legislation would force "low-income" housing into more cities.

Here are all the bills which Al has submitted to the legislature:

Here's the gun bill which he has submitted:

AB 1064 -- this bill is about killing off firearms dealers with onerous regulations -- they can't sell firearms from their homes, they have to pay huge fines if they miss correcting an issue brought up by the Department of Justice, and they would have to buy expensive liability insurance.

This is an example "nonsus decipio" legislation, where the intention is much more sinister than its professed goals.
Posted by Arthur Christopher Schaper at 9:35 AM