Joe Biden cheated. I will never refer to him as President. This refusal stands in stark contrast to President Obama. He did win in 2008 and 2012. I did not dismiss him as President in that regard. John McCain was too liberal, and Mitt Romney was too weak and liberal--although I repeat myself.

Joe Biden cheated. Joe Biden did not win. He is not the President.

I do not care how many corrupt media organs report otherwise.

Donald Trump is the President, and Joe Biden is a total fraud.

Of course, Joe Biden types want to gloat. One of them, Dylan Thomas, who has a terrible brand of Trump Derangement Syndromed, shared the following with me via Facebook: 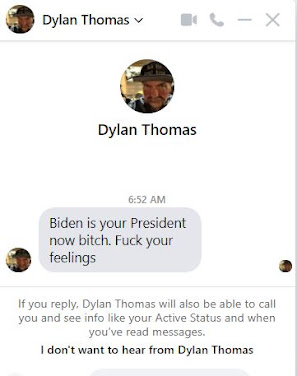 Dylan Thomas has issues, to put it mildy.

Here's some photos featuring his madness:

He's clearly a danger to himself and to others.

He also thinks it's OK to steal from others:

And he must be homosexual, since he wants to f--k the Proud Boys: 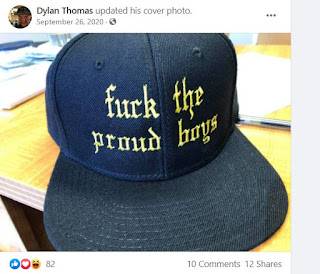 And here's more proof, since this is considered "tasteful" on his Facebook site: 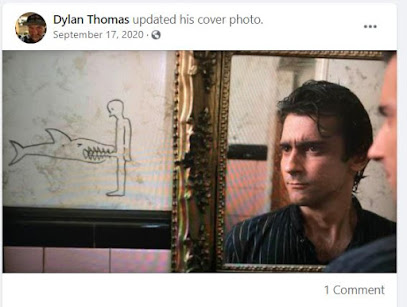 Please report his page and his abusive behavior, too. He has a problem with Trump, apparently he realizes that Trump's legacy continues without interruption, and he wants to abuse his body with other men.

Make sure that we make him famous for his self-loathing.

Posted by Arthur Christopher Schaper at 8:06 AM