Another Failure of the Pro-Family Movement: Parental Rights Mean Nothing Without The Truth

MassResistance has worked with a number of parents throughout the years.

They contact our office because they are upset about the LGBT propaganda being pushed on their kids in the classroom. They are outraged by the LGBT agenda being taught to kids in the libraries, too.

1. People are not born gay

2. People do not "discover" at an early age that they are gay.

3. There are numerous health, social, and moral problems with homosexuality and transgenderism. It's harmful behavior, and no one should normalize it, let alone celebrate it.

Sadly, a number of these parents don't want to forcibly confront the entire LGBT agenda. They get skittish or squeamish about people labeling them "anti-gay" or "homophobic", or they fear that hate groups like the Southern Poverty Law Center will defame them.

So, many parents settle for "I want to protect my rights", i.e. they fight for the assurance of parental rights.

Here's one letter that I received from a parent, who had shared her gratitude with us for helping, but then wanted to walk away:

Hey Arthur. In talking to A------ today we decided that it would be best to just work with our  groups here locally on this issue. We appreciate everything you've done and the work that you do. However I feel like the message we're trying to send about parental rights is getting overshadowed by your dislike of gay and lesbians. And that is not an issue we want to take on. This has nothing to do with adults making decisions to live their life like they would like, it has to do with the school not notifying us and counseling a child in the way they did. I think our agendas are just different. I really appreciate all that you've done. Take care of yourself.

"The message we're trying to send about parental rights is getting overshadowed by your dislike of gays and lesbians."

Right away, there's the problem. Homosexuality, transgenderism, and like sexual perversions are not identities. People are not born that way, and we have to stop normalizing this lie that they are fixed, concrete aspects of a person's being.

"And that is not an issue we want to take on."

The truth is that she got scared because the local press quoted the hate group from Alabama, which has a routine habit of smearing, defaming, and libeling anyone who defends the health and well-being of children, adults, and families. Hate groups have that perverse tendency. 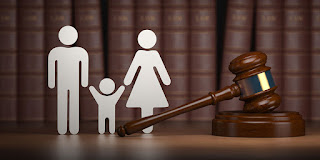 But the response to bullying is not to run away, but to stand one's ground and fight back. In response to this decision to cave and run away from the fight, I wrote the following extended letter--and I share it with everyone so that they understand that hiding behind "parental rights" is not enough to fight the fight against LGBT indoctrination and promotionalism:

I must say that I am really disappointed that you are doing this.

Frankly, the rhetoric that you're using is based on false arguments that need to be confronted:

"[G]etting overshadowed by your dislike of gay and lesbians."

Gay, lesbian---these are not fixed identities. People are NOT "born that way." There are too many testimonies of men and women who have left the LGBT lifestyle, which proves that it is not innate. In truth, the greater dislike that I share is that this LGBT agenda is based on lies that induce people to abuse their bodies and cut their lifespans shorts. Kevin Whitt, our Assistant Director for Texas MassResistance, a former drag queen and transgender, can attest to the truth that people are not born gay. You misconstrue my dislike, and that is wrong.

Janice, you were fully aware of MassResistance’s stance on LGBT matters, and now all of a sudden you want to have nothing to do with us. There's more to this story than you are sharing. I sense that you got afraid simply because a hate group in Alabama targets us, and the corrupt local press referenced them. That is not courage. Imagine if Ward Connerly had given up on fighting against “affirmative action” because peopled called him “racist”? And I know they did.

Here’s a more profound point I need to make: If "being" gay or lesbian is OK, then why is it wrong for a counselor to mislead a young girl to think that she should become a he? Why is it wrong to promote LGBT behaviors to children?

If you accept the lie that LGBT behaviors are fixed identities, then you are ultimately invalidating the very parental rights you claim to champion. The LGBT Lobby will push back on parents and say "If you kid is gay, you should accept it. If your 11-year-old grand-daughter is transsexual, why would you oppose it? You are a bad parent if you don’t accept! That’s child abuse!”

The next step that ensues? Government agencies will take your children away because you are not allowing them to be their "authentic selves."

This is happening in the United States already. Jeff Younger of Texas is trying to save his son from his abusive ex-wife, who is trying to turn him into a girl -- and currently courts are siding with the MOTHER to allow this abuse to occur.

Tracy Shannon, our Texas Director, had to deal with massive abuse from the foster and judicial systems because she would not accommodate her ex-husband's madness to become a woman. Her kids faced incredible abuse and trials because of this brokenness. This LGBT agenda is not some live-and-let-live private matter.

Rob Hoogland of British Columbia is facing jail time because he opposed the local school district's extensive efforts to force his daughter to transition into a boy. When he found out about it and tried to stop it, the state courts imposed penalities on HIM, and they assigned a court-appointed lawyer to represent his daughter so that she could continue this destructive transition to become a male. The plea for "parental rights" cannot withstand the larger juggernaut if people don't speak the truth and fight the larger agenda.

Again, Janice, this LGBT agenda is not a private matter. This is not about consenting adults doing what they want in private—and as a reminder, governments do rightly police private sexual behavior for the public good (prostitution, incest, for example). The LGBT agenda is a public agenda that is forcing its way onto everyone, and undermining the natural rights of all, and the parental rights of adults with children in particular.

Again, it’s your decision to back away, but don’t expect to win this fight based solely on “parental rights”. You have to call out the full folly and fraud of the whole LGBT agenda, or you will fail every time. This is why this agenda has advanced to such an extent in the United States, that a counselor in an elementary school is telling an 11-year-old girl that it’s OK for her to be a transsexual.

There is no excuse for parents to run away from the fight once they have stepped in to protect the best interests of their children. Protection of children must include the courage to speak out against LGBT insanity in all of its forms, not just transgenderism.

MassResistance activists remain committed to informing and training parents how to fight these evil lies and win. Yes, there will be slander, yes there will be nasty attacks, but we can prevail if we stand our ground and refuse to give in.

Furthermore, parental rights are not absolute, and they are not an absolute defense. Parents do not have the right to beat their children, to place them in harm's way, or to starve them, for example. Parents do not have the right to show their children pornography, either. Parental rights have been used by the left as justification for allowing Drag Queen Story Hour programs to take place in public libraries. Why should we stand by and allow parents with no morals, scruples, or any sense of moral direction to get away with putting such perverse madness in the minds of their children?

Parental rights mean nothing if they are not bolstered by the truth, either. The truth is that people cannot change their sex like changing their garments. The truth is that no one is born gay, and no child should be encouraged to engage in such destructive behavior in the first place. When the truth is clearly stated and promoted, the fight for parental rights to protect one's child from such undue influences becomes much stronger.

I am happy to report that in the state in question where this break-up occured, more activists have stepped up and are willing to continue the fight for the specific outcome listed. More parents are understanding the need to fight for the truth, and not just hide behind "parental rights" as the one and only argument.