Legal Opinion Without Facts: "Homosexuality is Neither Unnatural nor Harmful"

In your article entitled "Law, morality, and aesthetics", you assert the following statement:

Proponents of anti-gay laws often claim to be religiously or culturally motivated or argue that anything but heterosexual behaviour is harmful, contravenes “natural behaviour” or is “abnormal”. 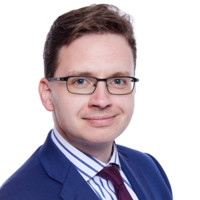 All these points have been rationally countered and it is increasingly understood that homosexuality is neither unnatural nor harmful.

Do you have evidence to support these claims that homosexuality is neither unnatural or harmful?

In the meantime, I have ample evidence to counter those claims significantly.

Our organization compiled comprehensive research, evidence, and studies which demonstrate that indeed, homosexual conduct is inherently damaging as well as harmful to the culture as a whole.

I can also connect you with healthcare professionals and former homosexuals, who will all attest that homosexual conduct and the ideology which promotes this conduct as a civil right are indeed quite harmful.

As a reminder, harm is more than an idiosyncratic status between two individuals. Harm includes the broader consequences on public health and well-being.

I look forward to your response.