Young Libertarian: "The Gay Agenda is Being Pushed Far Too Much"

This is more good news for our country and our culture.

A recent Harris poll showed that there is increased disaffection and disapproval with the whole LGBT Agenda. More young people, Millennials and Generation Z voters, are not having it.

Like many pro-family activists of all ages, they are probably sick and tired of the six-colored LGBT flag being shoved in their faces. They are really alarmed at this adult agenda, full of sexual innuendo and controversy being forced on children.

I recently received some comments from one of the younger generation on this rising opposition, too.


Ceasar Hurtado is an unapologetic libertarian.

He is liberal-leaning on cultural issues. We have not agreed on these matters.

We have agreed on the reduction of state power. We have also agreed that we need to protect children.

Now he is recognizing what pro-family advocates such as myself have been saying for a long time.

Check out what Ceasar had to say about MassResistance's ongoing efforts to expose the full LGBT Agenda, perversion and purpose:


This is actually pretty gross that libraries are doing this. 10 yrs ago I was laughing at conservatives when they said gay marriage would lead to this. 10 yrs later I'm thinking.... holy crap, they were kinda right. The gay agenda is being pushed far too much.
— CeasarHurtado (@CeasarAHurtado) July 20, 2019


Went from being, "Leave us alone.. we just want to get married" to.. "we need trans bathrooms and trans people reading to our kids."
— CeasarHurtado (@CeasarAHurtado) July 20, 2019


The LGBT Agenda is going too far. They were intending to go "too far" from the very beginning, as they insisted on normalizing a lifestyle which is not ... normall

The President of MassResistance, Brian Camenker, warned the public that "gay marriage" was a Trojan horse for a host of perversions and societal problems.

His video "What Gay Marriage Did to Massachusetts" exposes all of it. 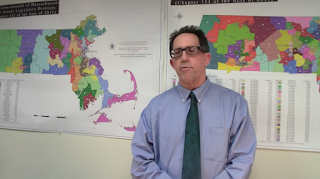 Posted by Arthur Christopher Schaper at 11:57 AM