Convicted for Doing Nothing Wrong, Sentenced for No Reason, Yet Still Joyful with No Regrets -- Cal-Trans, The First Four Days 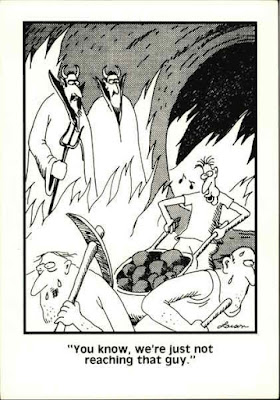 I dragged my feet the most on this aspect. Twenty days, 160 hours, I would have to work for Cal-Trans.

The outset of this was a bright spot. Every person assigned Cal-Trans in a court hearing has to go to a volunteer center located in the court house. The Volunteer Center in the Downey Courthouse is run by a lovely lady named Melba. From day one, she told me to take things easy, not to get too worked about anything.

She helped me process my first signing up.

The first four days, I just kicked and screamed internally. I simply did not want to be there. I had done nothing wrong, and now I was losing time.

The first four days really took a lot out of me too.

For those who want to know, the Cal-Trans yard for court "volunteeers" is located on Santa Fe Street on the border of Carson and Long Beach, just north of the 405 Freeway. It was easy to drive there from Torrance, so that was a plus.

The first day, I signed up in a shorter line. The first day was the toughest day, since there was so much that I would have to learn that first day.  The Cal-Trans guy running the sign-up sheets for everyone else was not the most talkative, definitely not the most informative.

Within five minutes of my showing up and signing in, he told me to go home for the day. Why? Because my shoes were not suitable.

"What? The training sheet that prepped me told me that my shoes needed to be sturdy. What's wrong with them?" They weren't work boots, and they didn't have the thick, rigid soles. So what? That's not my fault. I really didn't want to hold  back on getting busy with this effort, so I insisted, I then pointed to another guy, who had shoes that looked just like mine. Why was he allowed to work, but not me?

I won that little battle, if you will. The Cal-Trans guy relented, and I didn't have to go home.

The next thing also freaked me out. I had a paper, a log that would tally all the days that I worked at the Cal-Trans yard. I had to complete 20 days, 8 hours a day. I was told by my attorney and the volunteer coordinator Melba to keep a copy of the record.

When I gave my sheet to the Cal-Trans guy, he told me that I was not going to get it back. WHAT? I protested, because I explained to him what my attorney and the volunteer coordinator had shared with me. Why was I getting this mixed message? And forgive me or being untrusting and cynical, but after all that I had endured, incompetence and wrongdoing had become too much of a norm for me to ignore.

The guy would not relent about the paper, but he would check in with the Volunteer Center. I took him at his word, since I did not have a choice at that point. I look back at that exchange the first day, and I am glad that I had not lost any of my spunk. I was not going to be taken advantage of.

My first day at Cal-Trans, I had an easy going day. Really easy going, considering everything that I was expecting to come my way. Our van driver took us to a few minimarts while he gassed up the van.

We took extended breaks, too. The times of the day when we did work, we just picked up trash with pickers. During the breaks, I got to learn the stories of the other "criminals" with me in the field. Some of them wanted to fight their charges, but faced a lack of money, time, or other limitations, The first day on the Cal-Trans yard, I learned from one guy that he was assigned Cal-Trans because he didn't renew his dog's tags. Really! I learned later on that some cities will assign one day of Cal-Trans if you throw a cigarette butt out of your car window. It all depends on the city, of course.

The first day, I was working with a pretty interesting team. It was a diverse crew--black, white, Hispanic--the numbers kind of balanced out. Some of them asked me why I was there. I told them without reserve: "I am a political prisoner."

I talked about the lawlessness in Huntington Park that I had been protesting. I talked about being lied about in the city council chambers, and the fact that the judge and prosecutor suppressed evidence and lied to the jury, respectively. The people I spoke to agreed with the appraisal I gave of my situation.

Something else that happened during my first day at Cal-Trans. I was working along one of the freeway slopes to pick up trash. I lost my footing and fell down. I hit my head on the ground, but I was wearing a helmet (always required when out and about in the field). One of my fellow crewmates came over, grabbed my right hand, and helped lift me up. He was a young black guy, someone who had been released from jail to work on the  Cal-Trans yard.

My van driver then told me: That's why you can't wear tennis shoes out here in the field. You need to get sturdy work boots, which can better grip the ground and keep you from falling. So ... the guy at the Cal-Trans yard earlier in the day was not just picking on me. He did have my safety in mind, or at least ensuring that the yard wouldn't face any liability. That gave me more comfort about not receiving back the log I had received from the Volunteer Center.

I worked four more days in May, but the fatigue really drained me, and at the end of the shift (the yard usually let us out a little earlier), I was so tired. I could not sleep all that well, I was drifting through the day going forward. I stopped going to Cal-Trans for about a month.

The  biggest reason why I was so tired, struggling to get through those weeks? My blood pressure was sky high, and I was having a harder time sleeping, since I was drinking so much soda. I shared my trials regarding my health in another post, so I won't go into these details.

One other detail worth mention--I brought my Bible with me every day. The Cal-Trans work became the opportune place to study God's Word, to learn more about God's love for me. On the second day of Cal-Trans, when we had to do more extensive weeding, clearing out the dross and dead grass along one of the freeways, I took a break along one of the fences. One of the ladies in our team noticed I was reading my Bible: "So, Bible boy, why are you here?"

I told her my story: "I am a political prisoner."

The staff, the other crew members all agreed with me.

Another guy heard what I had gone through: "Hey, they crucified Jesus Christ, and He was the perfect man!"

Indeed, people shouldn't get hung up on injustice. It's been happening in the world for a very long time. The same man, Randy was his name, would later tell me: "God is preparing you for something."

That was something that I needed to start believing, to start resting in.
Posted by Arthur Christopher Schaper at 8:46 PM