The efforts of our Los Angeles County MassResistance members are already paying off, if you did not know already.

We made front-page news in the SoCal News Group, and we received decent coverage in their sister city newspaper in the Bay Area,

Check out our top billing in the Daily Breeze:

Check out our featured protest below:

We are now targeting another library, this one in the West Valley Region of Los Angeles.
Shawn Adams has been leading the charge, and she has been working with a growing number of volunteers in the region. 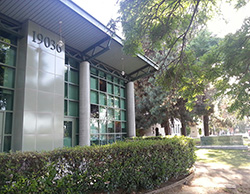 We need to go after this library because.

1. They refuse to tell us who the drag queen is.

2. The residents in the community have called asking for answers, and they get nothing.

The area manager, Ruth Seid, then told her to direct me to the Public Relations office for the LA City Library system. I didn't ask to speak to Public Relations. I wanted to speak to the central library, or whoever the people are who are in charge of vetting volunteers who work in the public libraries!

So much evasion! So much secrecy! What is going on here?!

I need everyone who can, please start contacting the library, the leaders, and even the elected officials in the area. It's time to demand answers and demand an end to this perverse program altogether!

Someone suggested providing some talking points for everyone as soon as you  call the library. I should have done that for you to make things easier. 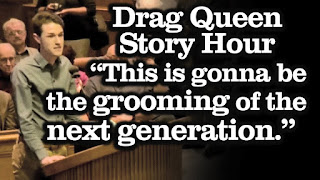 3. You have also learned that residents in the area have been stonewalled by the library staff, because they have routinely refused to provide any information.

4. Ask what they library is hiding? And then demand that the Drag Queen program for this Friday be cancelled.

Let me know if you have any questions.

If you need further talking points as to why Drag Queen Story Hour is wrong, click here. 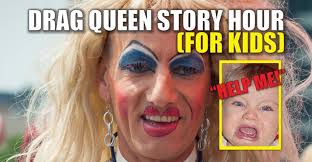