President Obama: Your Administration is a Sideshow of Scandal

President Obama has taken nothing seriously during his administration: not the United States Constitution, not the Checks and Balances of the Federal Government, not the will and or the voice of the American People, and now he does not even take the Press seriously, according to recent revelations of Justice Department seizure of AP phone records over the past two months.
Instead of leading, Obama has been perpetually campaigning, raising money and promoting his own legacy, while the country suffers through the anemic economic recovery, while forty-three million people struggle to survive on food stamps, while terrorists attack our nation's consulates across the Middle East, while Israel remains alone fighting against an embroiled civil war in Syria.

What the hell are we paying you for?

During the first months of his "historic" administration, President Obama ushered in a stimulus plan which stimulated nothing but taxpayer dollars to non-existent Congressional districts or increase the salaries for federal bureaucrats.

Wealthy Virginia socialites crashed a White House function, and he did nothing about it. No wonder his administration has not taken security, domestic or international, very seriously. He traveled around the Middle East on an apology tour for previous administrations, as if the efforts of President George W. Bush and predecessors were to blame of the cult or religious fanaticism and political tyranny which grips the Arab World. He lobbied for Chicago to be the future site of the Olympics, yet his city was rejected in the first round of candidates. He received the Nobel Peace Prize, only to create more political division at home and send more troops into Afghanistan. Iranians protested the "official" election of a fanatical president. Despite the outpouring of protests, President Obama sat back and said nothing.

President Obama's Democratic majority in the House of  Representatives  then pushed an abortive Cap and Trade Bill (co-sponsored by Henry Waxman (D-California) and Ed Markey (D-Massachusetts), which thankfully died in the US Senate. The legislation would have killed millions of jobs while doing nothing to diminish carbon emission. Cap and Trade is a Wall-Street Ponzi Scheme which would enrich the "rich" insiders at the expense of Main Street Outsiders (the rest of us).

Then came Obama-WaxmanCare. After hundreds of speeches, the American people liked the bill less and less. With procedural shenanigans and backroom deals, Obama-WaxmanCare passed the US Senate and pushed through the House of Representatives through reconciliation. As recently as last month, one of the  major legislators behind the law, US Senator Max Baucus (D-Montana) called it a "train wreck". Democrats continued to vote for repeal of the law even until the 2012 election. 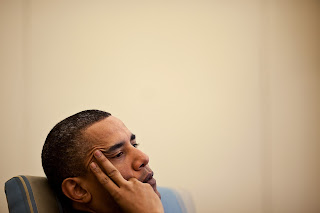 The Bureau of Alcohol, Tobacco, and Firearms initiated a gun-running scheme, Operation Fast and Furious, which would supposedly have permitted Bureau officials to track down and trump Mexican Drug cartels along the United States-Mexico border. Instead, those very firearms contributed to the deaths of federal agents and numerous crimes.

Let's talk about Solyndra, and eighteen other green tech companies which went bankrupt, even after receiving millions in taxpayer dollars. Those companies had connections with the Obama administration, as did the subsidies provided to special interests in Obama-WaxmanCare.

September 11, 2012, not even two months before the 2012 election, a terrorist attack erupted at the US embassy in Libya. Four people were killed, including US Ambassador Christopher Stevens. First attributed to a spontaneous break of violence following outrage over a YouTube video, the talking points about the attack changed considerably. UN Ambassador Susan Rice directly contradicted the President of Libya about the attacks. Further investigations reveal that the officials in the consulate had reported a rising number of attacks in the region. They request more security, and were rebuffed.
Regarding the roaring uproar over the scrubbed and distorted Benghazi talking points, ﻿President Obama commented :

The whole issue of talking points, frankly throughout this process has been a sideshow. There's no there, there.

With all due respect, President Barack Obama's administration has been a sideshow. During his tenure in the Oval Office, there has been a long chain of abuses, waste, fraud, and outright politicizing which has impoverished the many to enrich the few, which has trampled on the will and wisdom of the majority of voters while making end-runs around Congress, from gun-running,  to the green tech subsidy failures, to the Benghazi failures and cover-ups, to the invasion of privacy of AP reporters, to the outright intimidation and humiliation of conservative groups receiving tax exemption status or application from the EPA. 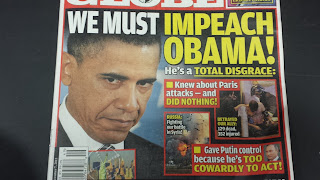 President Obama: You're administration is a sideshow, a shameful sideshow of scandal.
Posted by Arthur Christopher Schaper at 3:39 PM