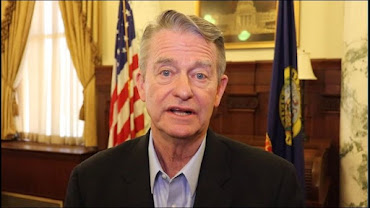 Governor Little has been a part of the Gem State political establishment for years, and it seems that he is more interested in making nice with the party bosses than doing what is best for Idaho's kids.

There are two key bills working their way through the Idaho State Legislature:

H 666: This bill will ban the obscenity exemption which has allowed unscrupulous staffers in schools and libraries to push obscene materials on children, without any consequence. Adults are not allowed to push obscene materials on children in the public square or in other government buildings. Why do adults get away with pushing such harmful, destructive material onto children in locations which are supposed to be a child's safest spaces outside of the home?

This bill is a no-brainer. Seven states, red and blue, do not have an obscenity exemption. Why should Idaho allow children to be harmed in the classroom or the library?

And yet ... Gov. Little says little to nothing about it. What is the matter with this guy?!

The other bill, which is also very important to protect children, is ...

H 675: This legislation will ban the horrific practice of so-called "gender modification" of minors, in reality sex mutilation of minors. Children are not allowed to drink alcohol, smoke, drive a vehicle, or enter into a contract.

And yet, there are unscrupulous business interested and disturbed parents who think it is acceptable to forcibly transition, in reality mutilate, children to try to make them the opposite sex. Yes, the LGBT lobby has thrown up a whole host of false sob stories to give the impression that so-called "transgender" children will commit suicide if they are not allowed to have their hormones ruined and their bodies butchered. But the truth is very simple: there are two sexes, and kids grow out of gender confusion naturally if they are allowed to grow up.

The truth is that the sexual mutilation of minors will scar these poor children for life. They will be rendered sterile, unable to raise a family. They end up suffering renewed mental health issues, and in too many cases, the physiological and anatomical complications which ensue from those invasive surgeries is just too horrific to describe.

And yet ... Governor Little says little to nothing.

Call Governor Little's office and tell him to act like a BIG MAN and do what is best for Idaho's Kids!

We all know that the only reason the Idaho State Senate has even contemplated stalling and killing these bills is that Governor Little does not want to sign them.

Tell Little Brad to support H 666 and H 675 and demand that those bills come to his desk ASAP! 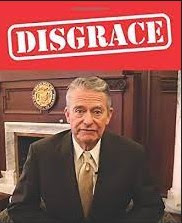 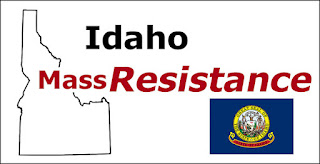 Posted by Arthur Christopher Schaper at 11:20 AM