Special thanks once again to Texas MassResistance Chapter Chair Tracy Shannon for bringing this to everyone's attention.

As reported last year, MassResistance exposed not one, but two sex offenders reading to children at the Houston, Texas Drag Queen Story Hour program at the Freed-Montrose library.

Two sex offenders. The library and the city staff in general refused to do their due diligence to ensure that these sexually deviant entertainers would not pose any further risk beyond their risque, inappropriate conduct and entertainment.

Then MassResistance discovered that a third drag queen, this one reading to children in the Austin library area, was a convicted male prostitute. Will wonders never cease?

Now yet another sex offender drag queen has been exposed, this time in Jackson Township, Ohio.

Notice also that this guy works at a school! WOW!

Check out the full report on this guy getting busted trying to solicit sex with a 15-year old here. 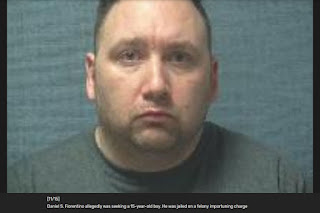 Of course, this guy has some other interesting photos on his Facebook page: 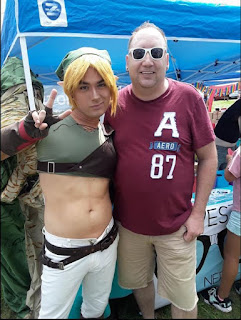 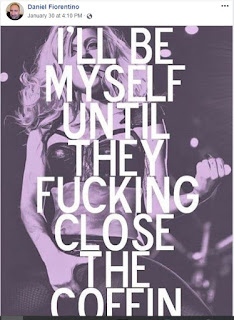 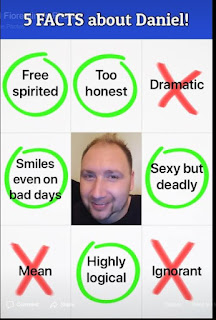 Drag queens are not role models.

Drag queens are not for kids.

Drag queens are not for adults, for that matter, and they have no business trying to normalize their perverse behaviors among the mainstream public.

For the last five years, these sexually deviant entertainers have been trying to gain access to children through "Drag Queen Story Hour" programs.

And now we have yet another drag queen BUSTED for soliciting sex with a minor.

It's time to close the book on Drag Queen Story Hour. They need to "Sashay Away" into a jail cell!
Posted by Arthur Christopher Schaper at 4:06 PM