Populism is certainly quite popular, but sometimes the best policies remain--and often will always be--unpopular. It's important to bear this in mind. 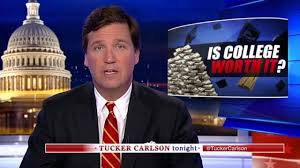 Tucker Carlson has been talking about the student debt/student loan crisis for a number of years. Granted, I think it's welcome that more pundits are calling out the crass, corrupt political class on both sides of the aisle which has enriched itself at the expense of all of us, making themselves God while dismissing our natural rights and constitutional authorities as citizens.

However, there are some failings, some crises which are of our own making, so to speak. Individual student debtors cannot lay all the blame on Washington DC or even private universities for taking on massive student loan debt.

Debt is debt, and it is neither just nor fair to make the government defray the student loans for every college student.

1. First of all, it would not be a populist move at all, since the majority, if not vast majority of student loan debtors, are upper middle class, privileged people. This is not a move that helps the poor or working classes, since many of them could not have afforded to take on any form of debt at the outset.

2. Second, how is there any restoration or respect for the power of the people if the people at large are forced to pay off the debts of others? How does that restore natural right?

3. Pundits like Tucker Carlson need to recognize that any government-subsidized bailout of student loan debt will only enable more moral hazard, i.e. more prospective college students will take on massive student loan debt, and more universities will drive up tuition and housing costs.

4. Here's an idea: pay off your student loan debt yourself! The economy is roaring like never before. Everyone who wants a job, can get a job.

5. God is very much in the miracles business when it comes to debt. Instead of looking to the government, how about resting in the grace of God Almighty? Consider the account in 2 Kings 4:1-7. 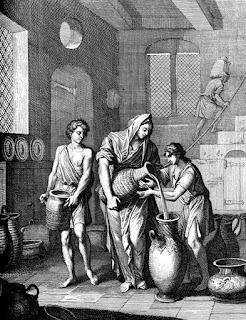 The woman and her sons faced a debt so crushing, that her creditors were about to sell her sons into slavery to pay off the debt. The prophet Elisha, a picture of our Savior Jesus Christ, told the woman to collect as many empty vessels as she could from her neighbors, then start filling the vessels with the little bit of oil she had left. She ended up filling everyone of the vessels with oil, and then she sold the oil to pay off the debt AND live off the rest! 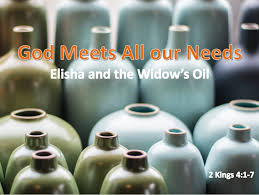 God is in the debt-defraying business, and He does a better job than the government can ever do! I know -- because He did it for me!