This is the San Diego County Democratic Party:

Here is the email from William Rodriguez-Kennedy, the Chairman of the San Diego County Democratic Party:

This is now the second Democratic operative who has resorted to shaming and defaming mothers, fathers, veterans, immigrants, African-Americans, Hispanic-Americans, Americans of all faiths and backgrounds as "hate group" because they care about children and do not want them to be perverted or groomed for sexual exploitation.

This is San Diego MassResistance: 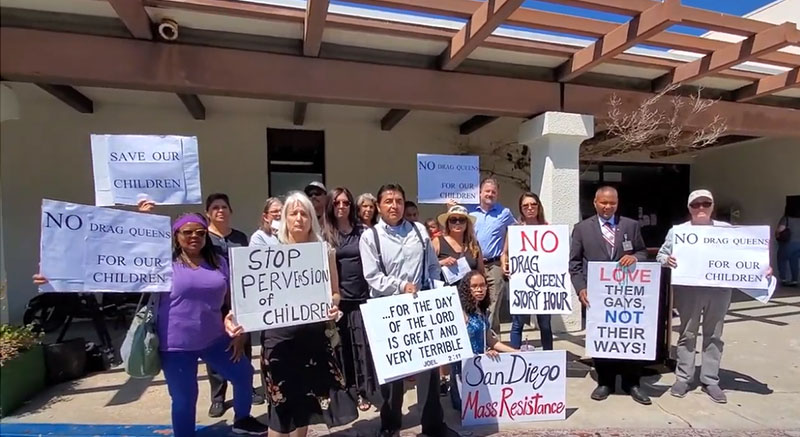 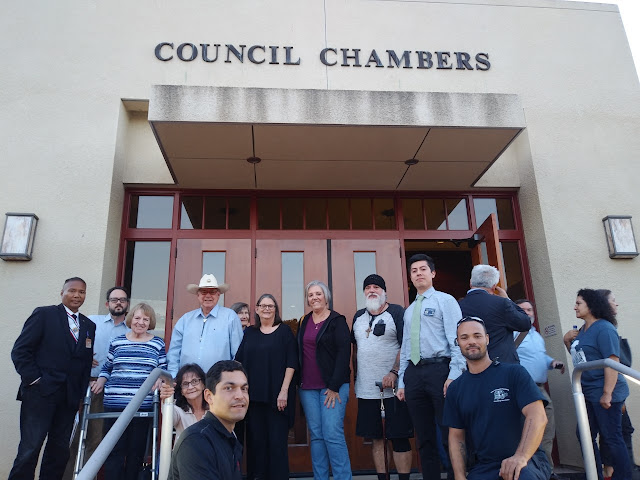 Our team has never worried about diversity, but our activists are a diverse group of people, men and women of all ages and backgrounds.

In contacts, this is the hate group which has been harassing the Chula Vista City Council: 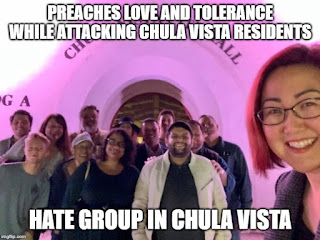 They have fewer people, and they are pushing sexual perversion of all kinds.

They hate children, they celebrate sexual deviance, and they promote child abuse and endangerment while ignoring the best interests of the community at large.

That is the San Diego County Democratic Party.

They are also anti-immigrant, since in large part they attack a heavily immigrant community which does not want drag queens around children. Tom Lemmon, the heavy-set union heavy, particularly shames and attacks immigrants because they do not support sexual perversion around children.

They are anti-veteran, since they attacked Andres Wong, who has served our country, while the rest of them look for excuses to serve themselves.

Guess what that makes them? White Supremacist.

This should really come as no surprise, though.

The Democratic Party has a dark vein of intolerance.

Since its inception in the 1820s, they targeted Native Americans, stealing their land to make a profit for themselves.

They endorsed slavery, and they supported the notion that working people should work, while they eat.

Rather than respecting the natural rights of all citizens, and rather than promoting life, liberty, and the pursuit of happiness, the Democratic Party used every opportunity to use local and state governments to enrich themselves while impoverishing everyone else. Rich, white, male Democrats (like Mr. William Rodriguez-Kennedy) would impose burdens on immigrants, working poor, blacks, and Hispanics, refusing to let them keep the fruits of their own labor, whether through the Democratic Party's urban corruption or Southern plantations.

When Republican Presidential candidate Abraham Lincoln became President in 1860, his administration signalled that the federal government would no longer promote nor protect the spread of slavery against black slaves and wage theft against working Americans.

Rather than respecting the will of the majority of voters, the Democratic Party opted to secede from the United States to protect their pecular institution of slavery. They lost, but took in their wake hundreds of thousands of lives. Even after the Union reintegrated the Southern states, the Democratic Party north and south continued to push segregation, discrimination, racism, and outright bigotry.

This bigotry continued as Democrats voted against restoring to women the right to vote (Democrats had taken the right to vote away in the early 1800s). The Democratic Party apparatus supported interning Japanese Americans and they rejected granting full-citizenship to Native American tribal members.

Republicans recognized the natural rights of Americans, while Democratics--mostly racist white liberals--denigrated and diminished natural rights for American citizens. Democrats put black people in the back of the bus. Republicans offered them the front seat or informed them "You can own the bus!"

And such has been the case to this day.

What more can one say? The San Diego County Democratic Party is a cult of bigotry, pure and simple.

Why they insist on harassing innocent citizens in Chula Vista, who care about parents, who care about children, who oppose the degradation of of their mental and emotional well-being? They are a hate group, pure and simple.
Posted by Arthur Christopher Schaper at 9:43 PM