You can view the video clip here.

Some of the more disturbing as well as silly elements in the video included Chafee's idea of Pot of Potholes, along with his frequent fumbling before the camera, and in front of the microphone, included weird shouts like "Cocky Wacko!".

Chafee: the left-wing version of George W. Bush? "Is your children learnin'?"

The savvy political operatives in the background indicate that Chafee's interest in the Presidency hides a true, more realistic interest in an ambassadorship or a cabinet position in the next Presidential administration.


To which country would Chafee represent the United States? Navarre? Liechtenstein? How about San Marino, one of the smallest nation states in the world, where no one will notice him, or his follies.

MSNBC interviewed him within twenty-four hours of his announcement, and they threw nothing but cannonballs. While the former Warwick mayor wanted to talk about international issues, since they interest him so much, the host pressed him on his very first vote in the US Senate: repealing Glass-Steagal, a law which had prevented commercial banks from entering into other financial markets. Critics of this maneuver contend that the repealed ended up creating To Big To Fail banking firms, and led to the Housing Collapse of 2008, followed by the Great Recession.

Chafee was not ready for that question, and flippantly admitted that because of his recent arrival in the US Senate, he was not well-read on those issues.

He could not be bothered to educate himself on key domestic policies, and announces this limitation on national television, but wants to be the next President of the United States? Really?

This morning, I found out that @Chafee2016 had retweeted 990WBOB's tweet of my latest column. I am not sure if the Chafee camp actually read my piece. In that instance, I am certain that they would not view that retweet as endorsement, nor should that. . .that he should be in the White House!

In other words, Chafee and Co. felt that hehad to retweet me tweet in order to see what was in it!

On another note, do we really want another former US Senator with friendly ties to communists, anyway? Maybe Chafee wants to be ambassador to Cuba. . . 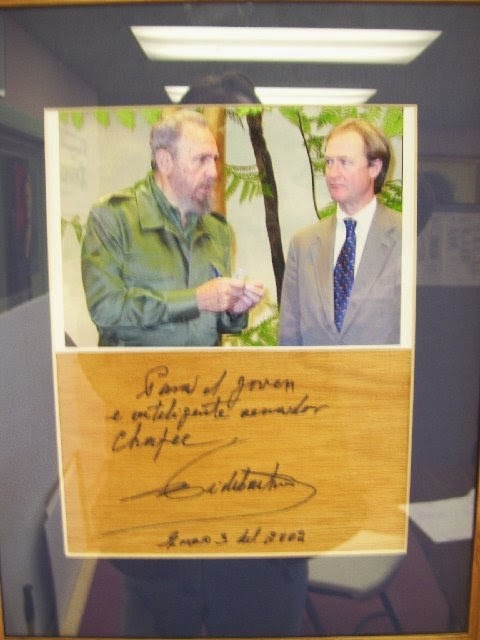