The most interesting thing I have read about her is . . .how uninteresting she is. From Dennis Prager  to Charles Krauthammer, and liberal pundit Maureen Dowd, the syndicated talking heads nod off over Clinton’s lack of accomplishments, and a resume littered with titles which  added neither a jot or tittle to a better America.

Nevertheless, Hillary is hitting the road, heading to Iowa in her van “Scooby”. 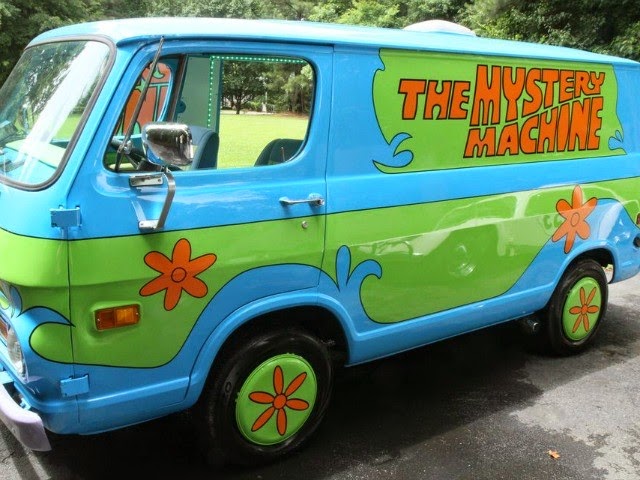 The Democratic party [sic] leader hit the road in her self-dubbed "Scooby van" Monday and headed to Monticello, Iowa from her home in Chappaqua, New York (that's a 17-hour drive!). Clinton's van was accompanied by hordes of security.

Nothing says “woman of the people” like a minivan surrounded by security.

Other details of Clinton’s road trip include Hillary’s nicknamed for her van: “Scooby” (Because it reminded her of the “Mystery Machine” driven by Scooby and his friends from the 1970s era TV cartoon.)

One small correction: Scooby was the silly, scared Great Dane, and he never drove the van.

However, with the way that the Democratic bench is shaped for 2016, they might as well elect a cartoon dog, since he boasts better chances of winning. Even while watching reruns of Scooby Doo, millenials are turning off Hillary. The wife of a dirty old man who can’t stay buttoned up does not a Presidential package make.

Scooby Doo, where are you?

Come to think of it, there’s too much in common with Hillary Clinton and Scooby Doo. Both are cartoonish reruns, filled with repeated frames, busy playing up a race to catch some bad guy. Democrats have played the “Divide and Distract” game for so long, but what happens when they become divided and distracted themselves? The Democratic Party has turned into its own slap-stick Mystery Machine, and gets funnier every minute it bumps along. 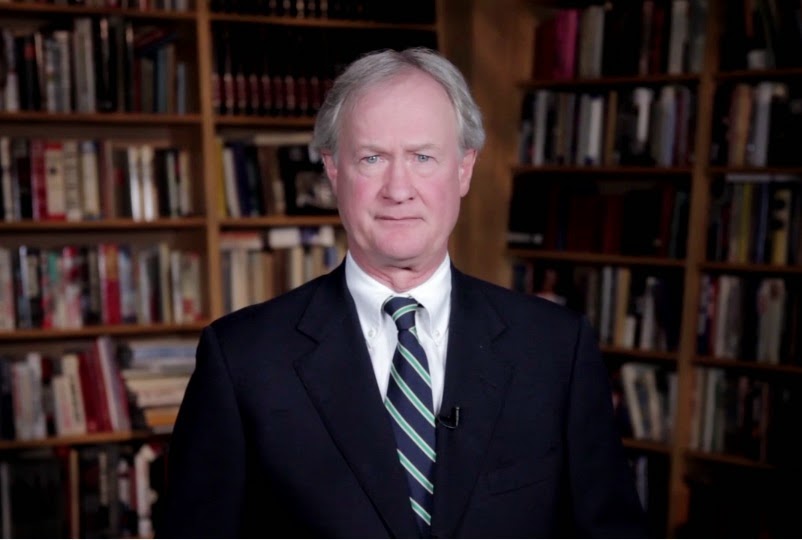 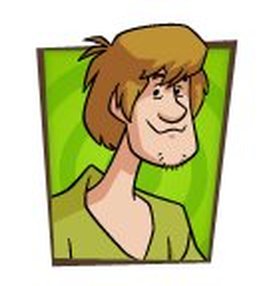 So, who’s Shaggy in Hillary’s road trip laughing stock? The former Governor of Rhode Island, Lincoln Chafee, who wanted to legalize pot to raise revenue for potholes in his bankrupted, dysfunctional, Democratic dominated state. We all know that Shaggy loved girls named “Mary Jane”. We also know why he and his canine comrade loved to eat.

What about Fred, the neatly-coiffed star athlete blond with the white sweater? A picture of the Big Media and the Establishment, they stand around looking good, but have been disappearing lately.

Then there’s the brainy, unassuming, cute-in-a-weird way Velma, complete with big glasses, orange sweaters, and red miniskirt. The Gay Lobby once adopted her as their mascot. Jinkies! Will Big Gay come out for Hillary in 2016? Who really cares, since Barry Manilow just married his boyfriend, and no one paid attention. Young people are looking for good jobs and a better future, and everyone else is fed up with the gay wedding cakes getting forced down their throats.

Daphne, perfect in purple and pink, often fell off the screen with Fred, because they played the straight characters to the comic relief: everyone else. Is she Hillary, then? Keep looking for clues, conservatives.

Who else will come out of the Democratic Mystery Machine? Will anyone of them have a chance? Another old man, Vermont’s Socialist US Senator Bernie Sanders (you remember, the silent star in that movie “Weekend at Bernie’s” who said and did nothing because he was dead?), is waiting in the wings. Massachusetts’ own US Senator Elizabeth Warren keeps saying “Not running!”, but Faux-cahontas/Lie-a-watha doctored up her ancestry, and her interest in the upper chamber. Have you ever heard the wolf cry to the blue corn moon? Warren might, since her “No” does not mean “No!” Former Governor Martin O’Malley, with a Marylander lilt in his left-wing tilt, still thinks he has a chance, even though Old Line voters rejected his hand-picked successor, and elected a Republican (Go Larry!). Why not resurrect Gerry Studs of Massachusetts, who was sleeping with teenagers while in Congress? Then there’s former US Senator Jim Webb, an undersecretary of the Navy during the Reagan Administration. Another one-term Senator who ran from office, he is caught in the web of working for Republicans and fleeing from Democratic talking points (and failed legacies).

With 2016 fast approaching, and a broad, deep bench of Republican, conservative talent brimming over, fresh faces, bold initiatives, a new show is coming to Washington. But where’s Hillary in this Mystery Machine mess? If Democrats don’t wake up soon, they will discover that she is the very villain they claim to be searching out, mask and all: a One-Percent faux-populist with as much charm as Todd Akin (with illegitimate rape Bubba biting his lip on the side, asking “Women Everywhere?”)

As for Hillary, even if she wins the Democratic nomination, her chances are a sliver, and will make Democrats shake and shiver.

When she loses her second bid for the White House, she will have only herself to blame, and she will grumble:

“I would have gotten away with it, too, if it wasn’t for those pesky kids!”