Election 2016 has begun, and Bush dominates the discussion, but for a glimpse into who is running, and who is better suited to win, we can compare two key speeches at CPAC 2013, from John Ellis “Jeb” Bush, and Wisconsin Governor Scott Walker. 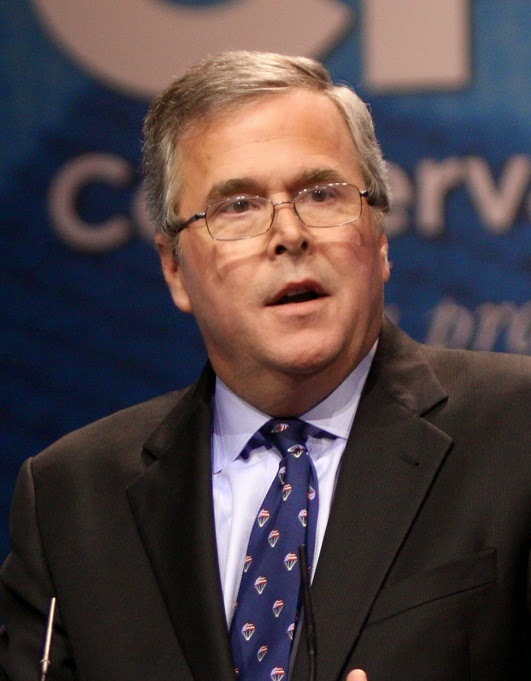 Introduced by an old-school politico, the former Florida Governor greeted [@ 58:00] an inattentive, uninterested audience. "Let's close the bar off. That was the greatest intro I ever heard, and I wish that you all had heard it." Yawn.

Bush segued to a tweet of himself from 1970, sporting an old-school Mullet hairdo. Talking up the importance of going from humbling to humiliating, he (not very humbly) analogized his hairdo to the Republican Party: "Party in the front, party in the back." Wrong: a mullet is all about business in the front, party in the back. Of course, Jeb does not want to admit that, since he is all about Big Business, and the Chamber of Commerce.

With a misleading, pessimistic spirit, Bush commented that the Republican Party is once again in the back, ignoring Republican domination the statehouses in 2010, maintained in 2012, now expanded to 70% in 2014 (including New England and Illinois)..

Inevitably, Bush regaled us with his Florida record: "It was a blast. It was a joy". Was it National Lampoon or Spring Break for Bush?

Bush scored some points predicting a US energy boom and food production for the world. He talked about jobs returning, but done by robots. Then came, "If we get immigration right. . ." Immigration is not a problem, when enforced.

Granted, Bush has CPAC street-cred: pro-life, pro-Second amendment, an accomplished record of balanced budgets, tax cuts, defeating boondoggles, and a welcome relationship with Hispanic Americans (He married one). But from Common Core to amnesty, to his namesake, and the Establishment label tied to it, Bush is rehashing the old, like a stale rocker, mullet and grungy jacket, still spouting the empty clichés. 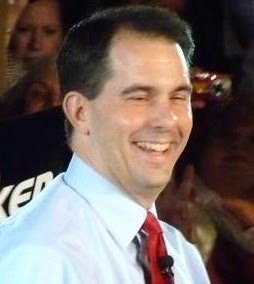 Introduced by a young college student, Walker greeted a wild, enthusiastic crowd. He was less Midwestern executive, more like a hit rock star, but not just for the Far Right (as his twice-losing Democratic challenger had snidely called him).Walker had fought and won against special interests, and took the dais, having survived two elections following his sweeping collective bargaining reforms.

Forgetting the selfies, Walker was all about everyone else. He thanked the audience for their support and their prayers.When he ran for office, he described it as "holding a job interview." Not an inheritance, but a goal which he reached. "I was interviewing with the people of my state to be their CEO."

One standout quote from Walker's speech was not even his: "We should all remember that the federal government did not create the states. The states created the federal government." Citing Ronald Reagan (then alluding to Wisconsin Governor Tommy Thompson), he promoted state sovereignty against federal overreach. Already anti-Establishment and pro-reform, Walker didn't just talk about optimism, relevance, and courage. He accomplished, then explained those values. Reminding everyone of GOP victories at the state level, Walker defined his stance on the issues, and where the Republican Party best stands:

Not Chamber of Commerce, but We the People.

This distinction is crucial. Reagan did not ride to Washington in the pockets of Big Business while berating Big Government. The Presidency represents the United States, not corporate interests, nor unions, nor bureaucratic bastions, but must standing with you and me.

About relevance, Walker blasted the hazy Washington rhetoric. He praised individual teachers, including Milwaukee’s Teacher of the Year (who then go a pink slip), then described the necessity for teacher tenure reform.

“We’re the ones who care about fixing things. We care about putting more money into the classrooms.”

“We think with our heard, but we forget to talk with our heart.” Walker shared the story of another woman who wanted employment training, who went from welfare to work, and thrived. The dignity of work is returning to this country, and Walker stood strong for the moral cause of conservatism. Not measuring success by dependence on government, but the other way around.

He talked about breaking people away from government independence to true independence. This message needs to be heard. Getting people from welfare to work should not scare people, but invite them to step out and succeed.

Another refrain in Walker’s speech: “hard-working taxpayers: Walker touted them frequently, for all funding and support for government comes from the individuals who work, create, innovate, and thrive.

CPAC 2013 gives conservatives a glimpse of the 2016 GOP field. Walker told what he was showing already, while Bush was interested in tell, and then hoped for an election win to show. Bush had a record, Walker is expanding his. Walker was the big winner in 2013, and should he get elected in 2016, America will be the better for it.
Posted by Arthur Christopher Schaper at 8:09 PM