U-T San Diego political commentator Steven Greenhut wrote an optimistic column about California Republican Party gains in the state legislature, along with near misses in statewide elections, in Election Year 2014.

Because of the limits of press time, he did not have the opportunity to write about another resounding success for California Republicans, which took place in the 66th Assembly District, located in the South Bay region of Los Angeles County. 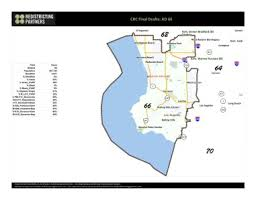 In that race, Manhattan Beach small business owner David Hadley, with the help of a coordinated, dedicated group of volunteers, worked tirelessly for eighteen months uniting the center and the right, putting aside costly and divisive primaries. Connecting with local Republican officials as well as party activists and concerned citizens, he assembled a public interest group, the South Bay One Hundred, whose membership exceeded one hundred and fifty, to counterbalance the unfair influence of the public sector unions in South Bay elections. With the donations and endorsements of these individual supporters, Hadley amassed a significant campaign war chest to challenge and ultimately defeat Democratic Governor Jerry Brown's political machine.

The losing Democratic incumbent was a union-bought Sacramento seat-warmer, who voted 90% of the time with the politicians, against the best interests of his constituents. Hadley’s win was historic not just because he was one of few Republicans to unseat incumbent Democrats that year, and in the last decade, but because his election granted South Bay residents their own fiscally conservative Republican representative for the first time in two decades.


Contrary to the Daily Breeze’s recent reports, Steve Kuykendall was not the last South Bay Republican in the state assembly, but the last Congressman, briefly replacing Jane Harman in 1998, who regained her seat two years later. More accurately, this region has waited twenty-two years for a Republican legislator, since San Pedro dentist and community leader Gerald Felando’s untimely loss in 1992.

While Democratic incumbents depended on statewide lobbyists and public sector unions, Hadley and his diligent supporters relied almost entirely on funding from within the district he intended to represent.


South Bay voters should feel proud and trust that their new Assemblymember David Hadley will represent all our interests, not just special interests, and fight for better schools, simpler regulations, lower taxes, and a government which is accountable to the people, not the other way around.
Posted by Arthur Christopher Schaper at 5:47 PM